A blue plaque has been unveiled outside the birthplace of legendary Picture Post photographer Bert Hardy by his son Michael. 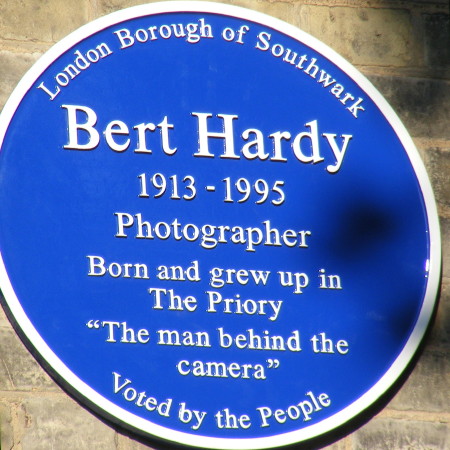 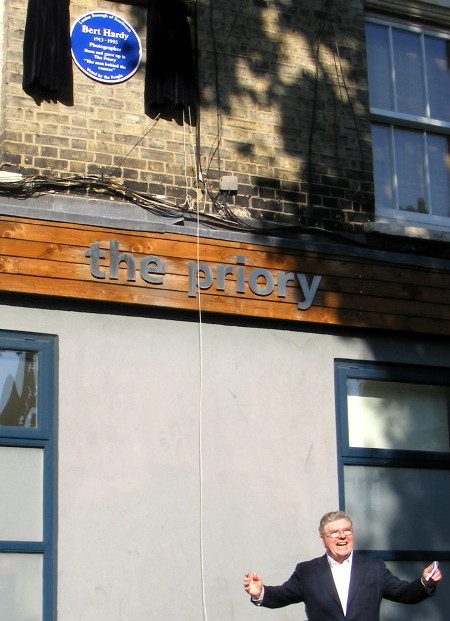 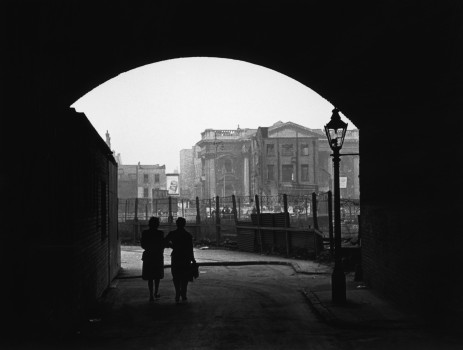 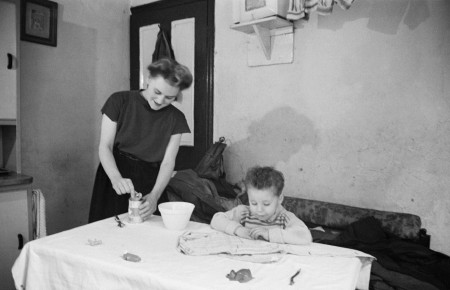 Home Life in Southwark: A small bot reads a newspaper at the kitchen table while his mother opens a tin of food at their home in the Elephant and Castle area of London, 8th January 1949. Original publication: Picture Post - 4694 - Life In The Elephant - pub. 1

Bert Hardy was born at The Priory in Webber Street in 1913 and lived in the building for 16 years.

Hardy is best known for his work for Picture Post including his series of images of the post-war Elephant & Castle.

Members of the Hardy family including Bert's brother Harry, sister Dolly and four of his five great grandchildren were in attendance for the Sunday afternoon ceremony, though the photographer's widow Sheila was unable to be present.

"He left this area when he was about 23 years old and went to Kennington," said Michael Hardy. "After that he travelled the world for Picture Post and took such memorable pictures. But at heart he was always proud of coming from Blackfriars.

"And it was so important to him that when he bought a house in Bickley, which is in Bromley, that he actually named it 'The Priory'."

In later years Hardy, who died in 1995, based his photographic business in Burrows Mews off Blackfriars Road.

"Born in these modest surroundings 95 years ago, Bert Hardy was to become one of the best-known photographers of his generation," said photographer Graham Harrison in his speech.

Harrison recalled how Bert Hardy worked his way up from processing lab delivery boy to chief photographer on Picture Post, travelling the globe to report on world events including the Korean war.

He added: "Bert's photo story – Life in the Elephant – shot in the winter of 1948/49 documents the stoicism and resourcefulness of the tradesmen, housewives, labourers and wideboys of south east London, and shows the great photographer's eye for lighting, composition and his grasp of what it takes to make the best photojournalism."

The plaque was installed as part of Southwark Council's unique blue plaques scheme which invites nominations from the public of local people and places which deserve commemoration. A shortlist is drawn up each year and a public vote is held to decide who should be honoured.