An exhibition devoted to the artist Austin Osman Spare, who lived and worked in Southwark and Waterloo, has opened at the Cuming Museum. 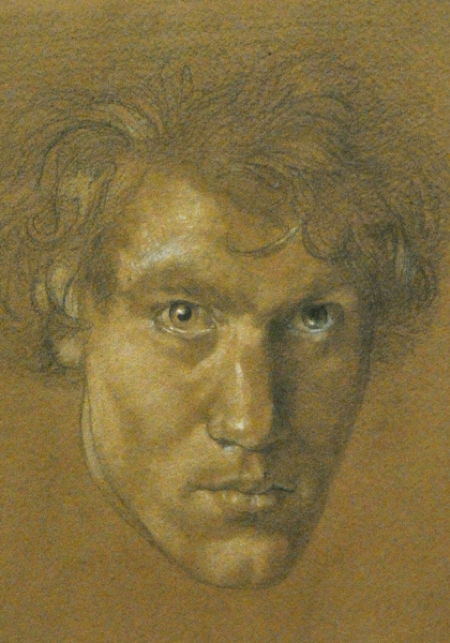 Austin Osman Spare: Fallen Visionary is the largest display of the artist's work since his death in 1956.

At the launch last week Southwark's head of culture Anya Whitehead said that she had first seen Spare's work at Tate St Ives.

He was born in Smithfield in 1886 and brought up in Kennington. By the age of 18 he was the youngest exhibitor at the Royal Academy Summer Exhibition. As an art student his friends included the future suffragette Sylvia Pankhurst.

Spare's early work on show owes much to the style of Aubrey Beardsley whose sister he once drew. AndrÃ© Raffalovitch, Beardsley's patron, invited Spare to his salon. Also shown is a magazine Form founded by Spare in the manner of the Yellow Book which made Beardsley famous.

Following the First World War, when Spare served in the Royal Medical Corps, he became reclusive and worked quietly in a series of studios. One was in a former rectory in York Road where the basement was used as a night shelter.

There he welcomed the homeless as models since he much preferred people who were over forty with faces of character rather than beauty. He never painted children or animals as a matter of policy.

Another studio was above Woolworth's in Walworth Road. He also operated from a third floor room at 56a Walworth Road. The now demolished building was on a site near Strata.

The exhibition has many portraits of local people. In 1936 he was well-known enough to receive a commission from Germany's new leader Hitler which he declined.

Spare lived at Becket House in Tabard Street where he occasionally held sales of his paintings during what would now be described as an 'open studio' event.

Paintings by Spare at the Cuming Museum have been lent by the Southwark Art Collection, the Imperial War Museum and private collectors.

This show is co-curated by Chris Jordan of the South London Gallery and Stephen Pochin and part-sponsored by the Jerusalem Press which is publishing a monograph.

The exhibition continues until Sunday 14 November. A series of talks has been arranged to coincide with the show.

• Works by Austin Osman Spare can also be seen at the Imperial War Museum in a new display called Stretcher-Bearer! Aiding the Wounded on the Western Front which focuses on the Royal Army Medical Corps during the First World War.