A surprise photographic exhibition north of the river at James Hyman Fine Art recalls the Elephant & Castle 55 years ago. 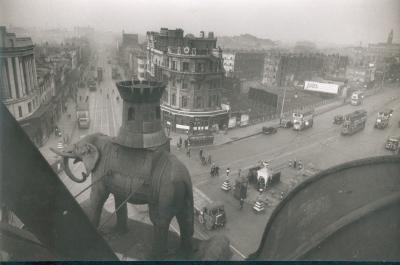 Bert Hardy's unique black and white photographs are on show at James Hyman Fine Art in St James's. The Picture Post photographer spent three weeks at the Elephant in November 1948 for a picture story called Life in the Elephant with captions by journalist AL Lloyd.

At first both found the assignment difficult with SE1 shrouded in smog for most of the time and only trams to photograph. Later Hardy got to know the residents by befriending a prostitute called Maisie who not only appears in some of his pictures but introduced him to people he may not otherwise have met.

By the third week he had met such extraordinary local characters as cockney Charles Hobson who was both a former gamekeeper as well as a model. 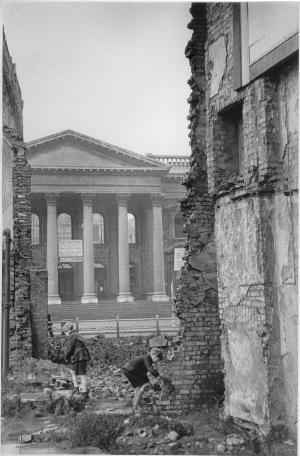 Handmade suits were available at Levy's the Taylors and the barman at the Elephant pub wore a white jacket. Lloyd was fascinated by faces and Hardy captured an array of expressions in one frame at the Horse Depository.

Bert Hardy died in 1995 but the Bert Hardy Darkroom specialising in black and white photography remains in Burrows Mews behind Southwark College.

This rare show should be seen by all those involved in today's Elephant & Castle regeneration scheme as well as long standing residents.