The Government has been urged to reconsider the closure of the Health & Safety Executive's London HQ in Southwark by a petition presented in the House of Commons last week by Simon Hughes MP. 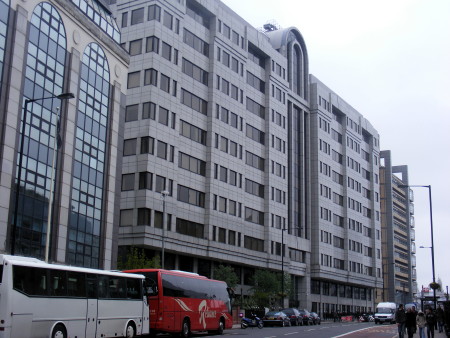 Last year the Health and Safety Executive (HSE) announced the closure of its London offices at Rose Court just by Southwark Bridge as part of an efficiency drive.

All the operations currently carried out by the London HQ will be moved to an expanded single HQ in Bootle, resulting in the relocation of 320 jobs.

The HSE says that the phased relocation is already under way and that its relocation from Rose Court will be complete by the end of March 2010.

The argument for the move was made on the basis that 40 per cent of the employees would be happy moving to Merseyside. But unions claim that only 12 staff out of 320 have expressed a willingness to move.

"It has been a privilege for Southwark to have the headquarters of the Health and Safety Executive within our boundaries," said Simon Hughes MP.

"The HSE does a very important and lifesaving job. There is often a good case for dispersing public service employment out of London and around the UK. But I share the real concerns of the HSE London workforce that the dispersal plans could result in a harmful loss of the experienced and qualified staff that the HSE needs.

I've had a very helpful meeting with HSE staff at their headquarters in Rose Court on Southwark Bridge Road, and went with their representatives to put our case to the junior DWP minister, Lord Mackenzie.

"This petition to parliament is now the strongest public call the staff and I can make to ask the Secretary of State to review the plans. The UK needs an effective Health and Safety Executive in the future. We must not put the health and safety of workers and residents in Britain at risk."

The Public and Commercial Services Union compiled a petition supported by 1,903 signatures to highlight the implications of the move for HSE and its employees.

Last week Simon Hughes used this petition to request that parliament urges the government to reconsider the move in light of these consequences.

Rose Court is a 1980s office block built above the remains of the Rose Theatre, Bankside's first playhouse.