This weekend 20 students from the City of London Academy in Lynton Road will visit the Normandy beaches and take part in acts of remembrance to mark the 65th anniversary of Operation Overlord. 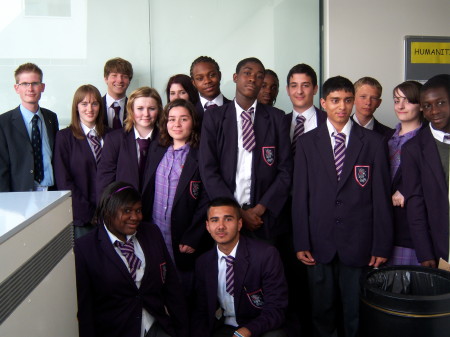 Saturday 6 June marks the 65th anniversary of Operation Overlord and the beginning of the liberation of Western Europe by Allied forces.

This weekend Carl Fazackerley and Rachel Hillsdon will lead a group of 20 City of London Academy students in a journey to the Normandy beaches.

The young people will take part in a variety of acts of remembrance including services at Bayeux Cemetery and Cathedral.

On D-Day and in the weeks and months after it, British, Canadian and American soldiers laid down their lives in the pursuit of the freedoms and liberty of the people of Europe.

This visit follows on from a similar one made to Ypres and the Somme in October 2008 as part of the 90th anniversary of the Armistice.

Three other schools from the South East will be taking part in the commemoration journey which organised and funded by Poppy Travel, a part of the SE1-based Royal British Legion.