London Bridge Cycle Park: a secure place to store your bike - at a price

The long-awaited Transport for London-backed secure bike park below London Bridge Station has finally opened its doors - just in time for the possible tube strike this week. 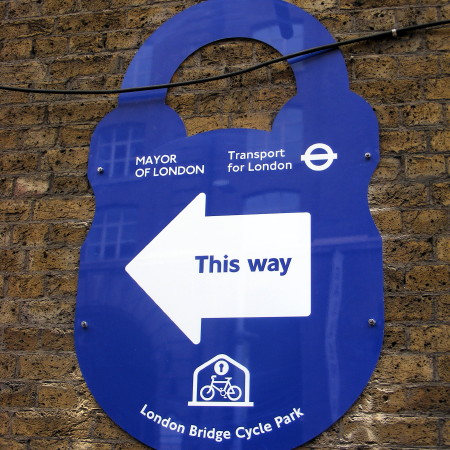 London Bridge Cycle Park is a staffed indoor parking facility with space for up to 400 bicycles. It is tucked away behind the On Your Bike shop on Tooley Street and can be reached via an entrance in Weston Street.

Bikes can be parked during the day, overnight or for longer periods. Access to the CCTV-monitored cycle park is controlled by a card system. Changing facilities are available.

The park is open free of charge on Tuesday 9, Wednesday 10 and Thursday 11 June. Charging will start on Friday 12 June.

Three years ago a similar secure cycle park opened at Finsbury Park but the cost there is just 50p a day.

The Finsbury Park cycle park also provides access around the clock whereas bicycles can only be dropped off or picked up at London Bridge between 7.30am and 7.30pm on weekdays. On Saturday the bike park is open from 10am to 6pm. Sunday hours are 11am to 5pm.

Plans for the London Bridge Cycle Park have been around for a long time – the proposal has taken at least three years to bring to fruition.

Last year Mayor of London Boris Johnson agreed to perform the official opening of the cycle park when he dropped in to On Your Bike to buy a new cycle helmet shortly after his election to City Hall.

The long-term future of the cycle park is still unclear given the proposals to rebuild London Bridge Station as part of the Thameslink programme.