Tooley Street's On Your Bike bicycle shop has announced its relocation to nearby Montague Close in preparation for the redevelopment of London Bridge Station. 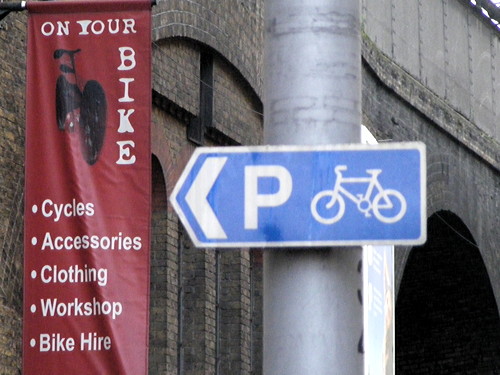 The Transport for London-backed London Bridge Cycle Park – which opened in 2009 – will close on 20 November.

The relocation of the rest of On Your Bike's services will take place in stages, with cycle hire and workshop operations opening in the Vaults at Montague Close at the end of November.

The new shop will be situated alongside La Cave restaurant close to Southwark Cathedral.

Retail sales and bike fitting will open at the new location in early January 2013 and the Tooley Street store will final close on 20 January.

On Your Bike is one of a number of businesses forced to relocate by Network Rail's impending redevelopment of London Bridge Station which will create a new ground-level concourse linking Tooley Street and St Thomas Street.

"The message to all our customers is that it's business as usual," says proprietor Robert Chappell.

"By relocating in phases we will be able to achieve a seamless crossover to the new site and ensure that customers aren't inconvenienced.

"It is vitally important for us to stay in the London Bridge area and Montague Close is only a two-minute cycle ride away from our existing operations.

"Opening the new store in what will be On Your Bike's 30th year of trading is an exciting opportunity for us to build on our reputation for offering excellent choice and unrivalled expertise."

However, the secure cycle park opened by Transport for London at the rear of On Your Bike's existing store will not be making the move to Montague Close.

"At present there are no plans to relocate the cycle park due to a lack of available space within the station or wider area," says an announcement on the TfL website.

"In terms of alternative parking, Network Rail is installing 120 cycle parking spaces on a platform within London Bridge station. These spaces should be available for use at the end of November 2012.

"TfL is continuing to explore options for the installation of additional cycle parking in the London Bridge area."