On Your Bike celebrates 30 years at London Bridge

Local bicycle shop 'On Your Bike' is celebrating its 30th anniversary this autumn. 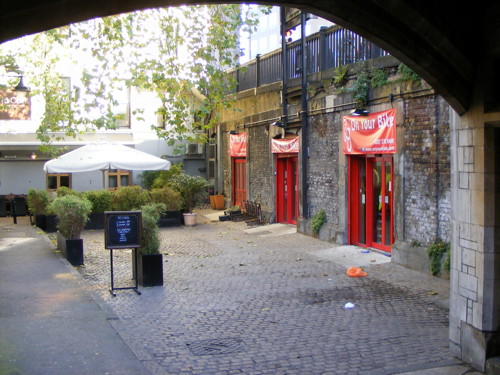 Robert Chappell opened the original local bike shop in November 1983 at an address on Duke Street Hill near the junction with Tooley Street. The premises was a former butcher's and for the first nine months Robert was the sole member of staff doing everything from marketing and accounts to repairing the bikes.

In 1987 the growing business moved a few yards east into Tooley Street where it remained as a well known presence for a quarter of a century.

Only the redevelopment of London Bridge Station has forced another move to the present location in vaults under the Borough High Street approach to London Bridge.

The shop's view is now Southwark Cathedral's east end with La Cave as a neighbour.

Such is the reputation of On Your Bike that the less prominent position has not deterred loyal customers.

The arches are packed with a range of bicycles, clothing, and accessories. In addition the thousand square feet has cycle hire, a repair workshop and a Brompton service centre.