Zimbabwean prime minister Morgan Tsvangirai cut short a public appearance at Southwark Cathedral on Saturday amid boos and jeers from the audience. 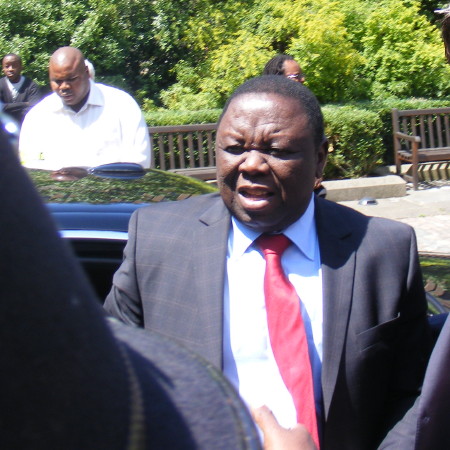 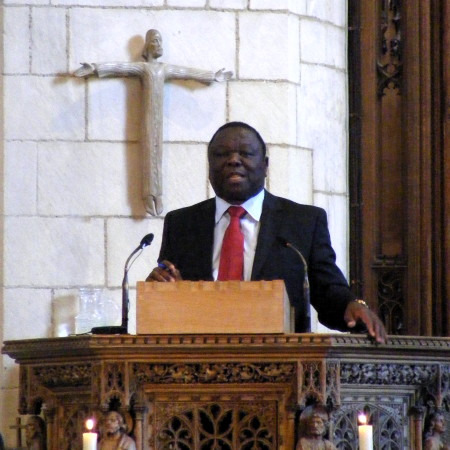 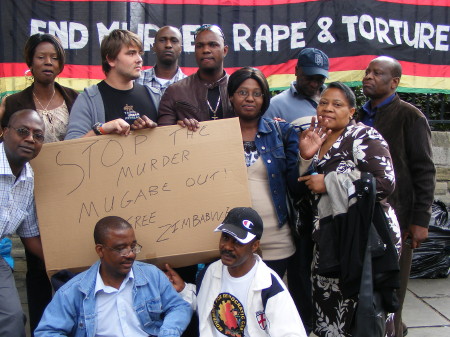 Protesters waved banners and placards outside the cathedral 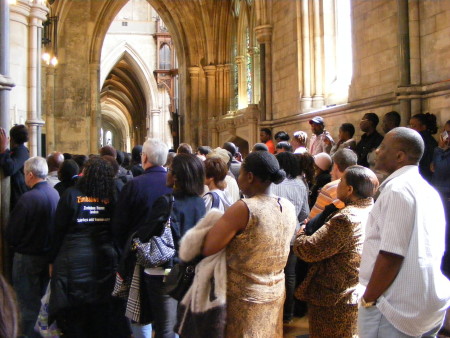 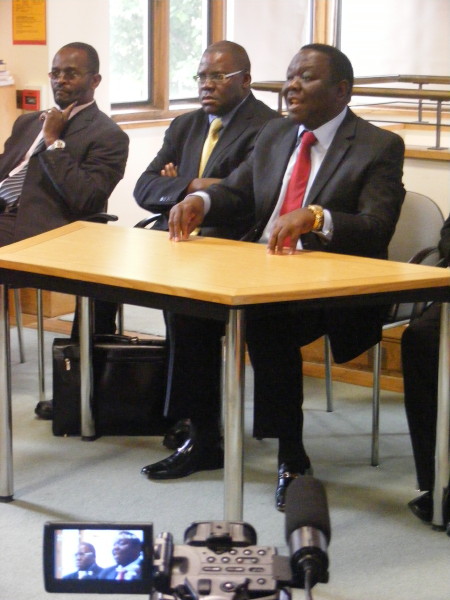 Tsvangirai, who is president of the Movement for Democratic Change (MDC), became prime minister of a government of national unity in Zimbabwe earlier this year in a controversial deal with Robert Mugabe's ZANU-PF.

The Zimbabwean PM was introduced by the Dean of Southwark, the Very Revd Colin Slee, who led prayers for the troubled country.

The Dean also highlighted the Diocese of Southwark's links with the Anglican Church in Zimbabwe. An icon of Zimbabwean martyr Bernard Mizeki was placed in front of the pulpit.

The cathedral also has a brightly coloured map of Zimbabwe in the north aisle.

"Zimbabwe is changing for the better, and that change is for you and me to ensure that we can build a Zimbabwe together."

Tsvangirai's claim that "We have also made sure that there is peace and stability in the country" was met with dissent from the audience.

The mood changed when Tsvangirai called on exiles living in the UK to return home and help to rebuild the country.

"The Prime Minister and you are guests in my house. Let us listen to one another."

He added: "Let us treat our fellow guests with courtesy and listen to what the prime minister has to say."

Tsvangirai cut short his prepared speech and invited questions from the audience.

After several rounds of questions the PM abruptly left the pulpit 45 minutes ahead of schedule.

The Bishop of Southwark gave a blessing as protection officers and police escorted Tsvangirai out of the church.

Tsvangirai then gave an impromptu press conference in the cathedral's Garry Weston Library.

Asked about the mixed reception his words had received, he said: "When I go out to Zimbabweans back home, I don't receive this reaction."

He claimed that members of the Zimbabwean diaspora have a "lack of knowledge" of the current situation at home. "It's a communication problem. But the issue is that we have not travelled this road without consulting Zimbabweans."

He acknowledged the scepticism about his working relationship with Robert Mugabe.

"We have to be on this process in order to rebuild the country. That's why I appeal:

"But I don't think that the UK government will appreciate the fact that when things have been settled back home then you are still seeking asylum."

The PM left the building with tight security.