Muggings at Bricklayers Arms: MP calls for closure of subways

Simon Hughes MP has written to Transport for London asking them to consider closing the pedestrian subways at Bricklayers Arms following a spate of muggings. 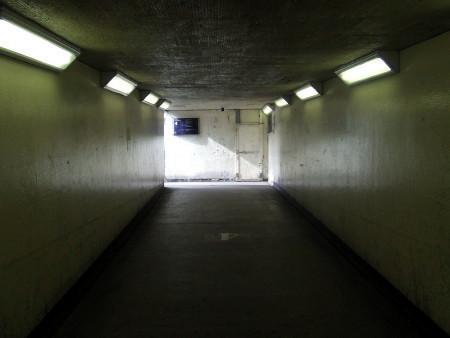 At Elephant & Castle (pictured) the subways at the southern roundabout will soon be a thing of the past. Now Simon Hughes has asked TfL to get rid of the Bricklayers Arms subways where surface crossings already exist

The North Southwark and Bermondsey MP says that he has been very concerned about local residents who have been mugged using the Bricklayers Arms subways.

Mr Hughes has spoken to the local Safer Neighbourhoods Team and believes that urgent action needs to be taken. He has written to Transport for London commissioner Peter Hendy to ask him to look at closing the underpass altogether.

"The underpass is not actually necessary as there are proper crossings across the Bricklayers Arms roundabout," says Simon Hughes MP.

â€śIt has become a magnet for crime and I am glad that the police support action being taken to close off this dangerous walkway.

â€śI hope that Transport for London will agree that the safety of local residents should be paramount and I will continue to do all that I can to ensure that crime in this area is reduced."

In 2008 Southwark Cyclists and a local firm of architects exhibited a conceptual design for a new park and housing at Bricklayers Arms.

Do you support Simon's call for the subways to be closed?