Royal Festival Hall organ to be restored by 2013

The Heritage Lottery Fund has confirmed a grant of £950,000 towards the final phase restoration of the Royal Festival Hall organ. 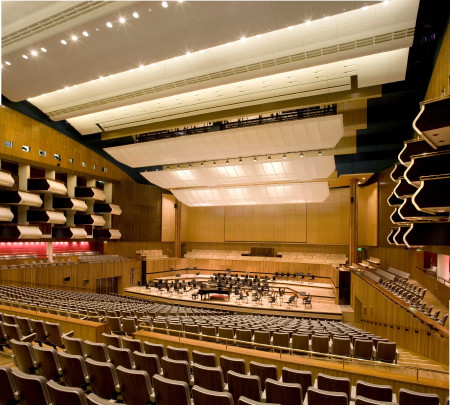 When the Royal Festival Hall reopened in 2007 after a two-year refurbishment, one thing was incomplete: the organ which previously dominated the auditorium.

At the time Southbank Centre bosses expected the work to be completed by 2011.

For three years most of the organ components have remained in storage. Now, thanks to the Lottery funding, a new timetable for the reinstallation of the instrument has been published.

The work, to restore and reinstall the remaining two thirds of the organ including almost 5,000 pipes, will be carried out by Harrison and Harrison, the company that originally built and installed the organ in 1954 in the grade I listed South Bank concert hall.

The project is expected to be completed in 2013 at a cost of more than Ł2 million and will see the organ put back to its rightful place and original location at the heart of the Royal Festival Hall auditorium in time for the organ's 60th anniversary in 2014.

With 7,710 pipes the Royal Festival Hall organ forms the architectural centrepiece of Sir Leslie Martin's concert auditorium and is the largest ever built by Harrison and Harrison.

In addition to the restoration and reinstallation work that will see the refurbishment of the Royal Festival Hall finally completed, Southbank Centre has also announced a range of opportunities for audiences to experience the organ for free.

These will include monthly free recitals in collaboration with the Royal College of Music and Royal Academy of Music, plus provision for two new apprentices to work with Harrison and Harrison in addition to an organ scholar placement.

"We are delighted that the Royal Festival Hall will soon be complete and this amazing internationally important organ back in its rightful place for people of all ages to learn from, experience and enjoy," said Sue Bowers, head of the Heritage Lottery Fund for London.

Southbank Centre chief executive Alan Bishop said: This is a major boost ahead of our fundraising campaign, which we will launch in September, announcing how the public can also support the completion of the organ project."

The first phase of the organ refurbishment, also carried out by Harrison and Harrison Ltd, saw the restoration and reinstallation of the Swell, Great fluework and Pedal Principal 32ft stop, and was completed as part of a major transformation of the Royal Festival Hall, which reopened in June 2007.