A lasting tribute to Charles Dickens will be unveiled this week at the climax of the author’s bicentenary year. 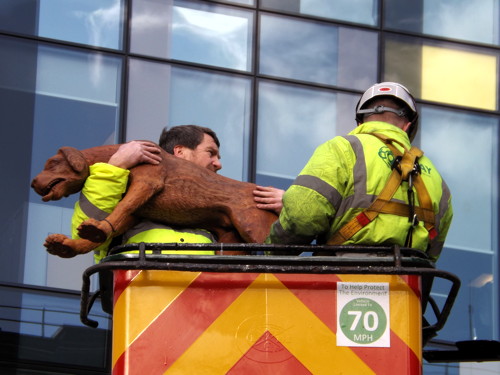 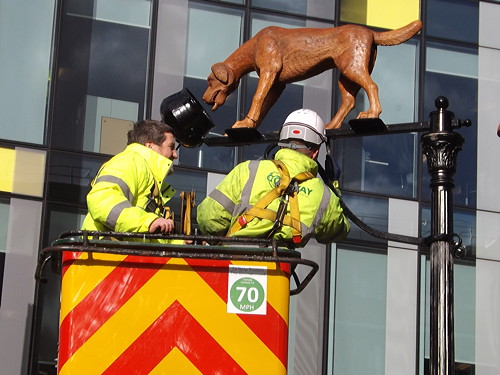 Descendant Mark Dickens will inaugurate the 'Dog and Pot' sculpture opposite Southwark Underground Station at 2.30pm on Wednesday 6 February, the eve of the writer's 201st birthday.

The artwork takes the form of a dog with his nose in a pot. The original 'dog and pot' was a shop sign in the same location, the southern corner of Blackfriars Road and Union Street, from the end of the 18th century until 1931. It is now preserved in the Cuming Museum.

Young Charles Dickens passed it daily in the 1820s on his way home from the blacking factory at Charing Cross to his Lant Street lodging and mentions it in an essay.

Woodcarver Michael Painter created the new dog from a piece of seasoned elm. The idea for the new sculpture came from artist Jason Brooks.

The sculpture proved a talking point among passers-by as it was installed on Monday lunchtime.