The new owners of the King's Reach Tower on the South Bank have revealed their plans to create about 140 new homes in the vacant landmark office block. 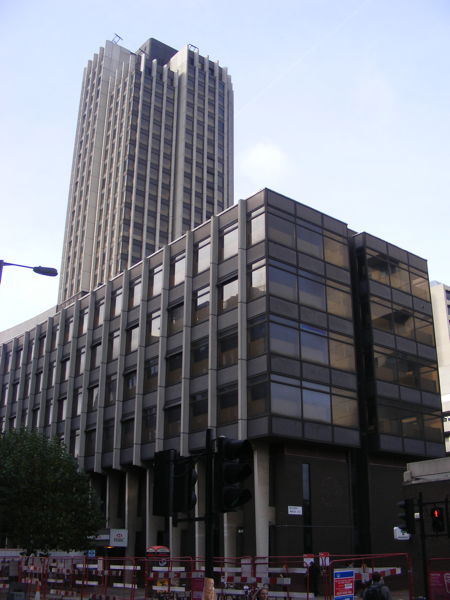 Developer CIT spent £60 million to buy the tower earlier this year. The site had previously changed hands for £80 million in 2006.

Previous owners Capital and Counties gained planning permission in 2005 for a scheme by Make architects which would have added four storeys to the top of the tower and replaced the low-rise part of the compelex with a new 'office village'.

The tower, which was designed by Richard Siefert and dates from 1972, has been empty since IPC Media relocated to the Blue Fin Building in 2007.

CIT has appointed KPF architects to draw up new plans. CIT says that it wants to refurbish and extend the existing buildings.

Local residents had their first opportunity to view the proposals at a public exhibition on Wednesday and Thursday.

Six floors could be added to the 31-storey tower which would be largely given over to residential accommodation. Around 140 homes in a mix of 1, 2 and 3 bedroom units could be created in the tower.

The lower floors of the tower and the adjacent podium building would be refurbished and continue to be used as office space.

The complex includes the Milroy Walk shopping precinct which would be replaced with new retail units facing onto Stamford Street, Rennie Street and Upper Ground.

New entrances to the Rennie Court flats would be created on Upper Ground and Stamford Street.

A planning application could be submitted to Southwark Council in early 2011 with completion scheduled for mid-2014.