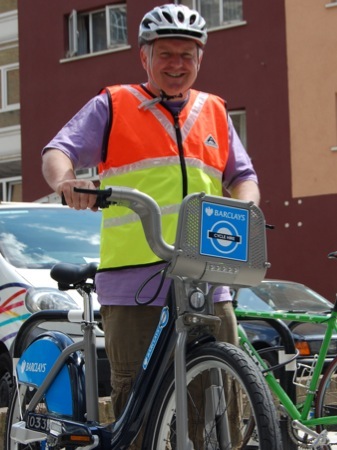 Since lessons began on 8 June, 98 people who live, study or work in Southwark have taken up the offer of free lessons on the Barclays Cycle Hire bikes.

Southwark Council has access to four of the distinctive blue bikes and matches up those who want to learn how to use them with qualified instructors to get as many people as possible ready for the road.

“It is really important, as part of our road safety plans, to make sure vulnerable road users such as cyclists are made as safe as possible," says Cllr Barrie Hargrove, cabinet member for transport, environment and recycling.

"Free lessons on the London Bike Hire Scheme bicycles are part of this plan and I’m really pleased to see so many lessons have been taken up.”