A £57.4 million private finance initiative to rebuild nine London fire stations including Dockhead and Old Kent Road will go ahead - more than four years after it was first proposed. 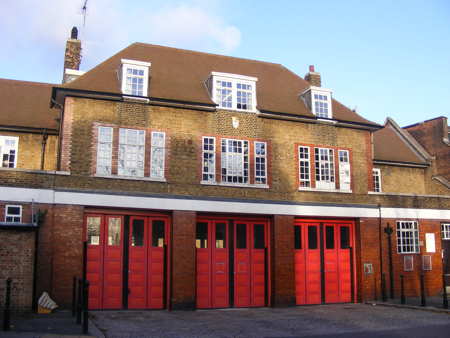 Dockhead Fire Station, which was known as Blackwall Fire Station to viewers of ITV's London's Burning, is to be demolished

"This is a good day for the local fire service, for Bermondsey, and for the safety of our local communities," says Simon Hughes MP.

"I was consulted over the plans for both these fire stations, went and discussed them on site with the fire officers from each station, and supported both of them enthusiastically.

"So I am really pleased that the government has now made sure that the money is available for the Old Kent Road and Dockhead fire stations, despite having to deal with Labour's huge budget deficit.

"At last the threat that has for years been hanging over Dockhead Fire Station has been lifted.

"It is great that our local firefighters will now have the best facilities to provide their invaluable service to our communities. I am also glad that this week's decision will also mean improved training facilities and more opportunities for local people to visit to learn about fire safety."

The plans for Dockhead involve the demolition of the 1920s Wolseley Street fire station which featured in the ITV drama London's Burning.

Southwark councillors voted to grant planning permission for the development in spring 2009.

The PFI scheme was originally announced in 2006 and confirmed by the Labour Government in 2009.

It had been thought that the scheme might be cancelled as part of the widespread cuts but the Government has decided to give the go-ahead for the project.