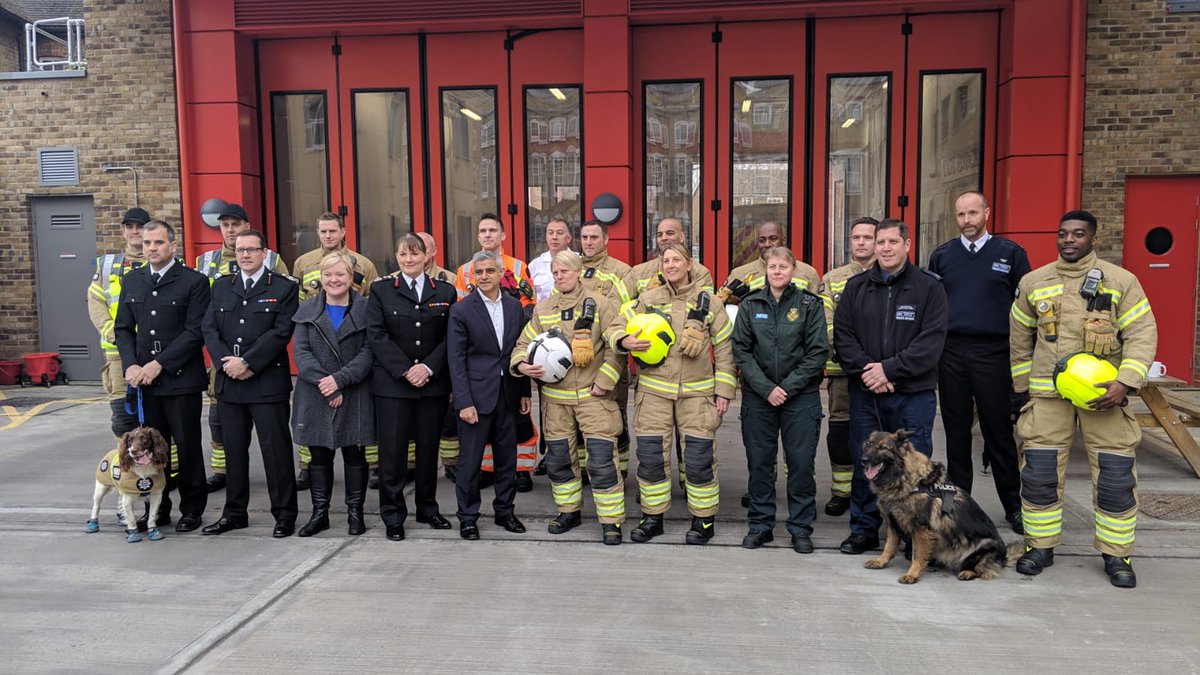 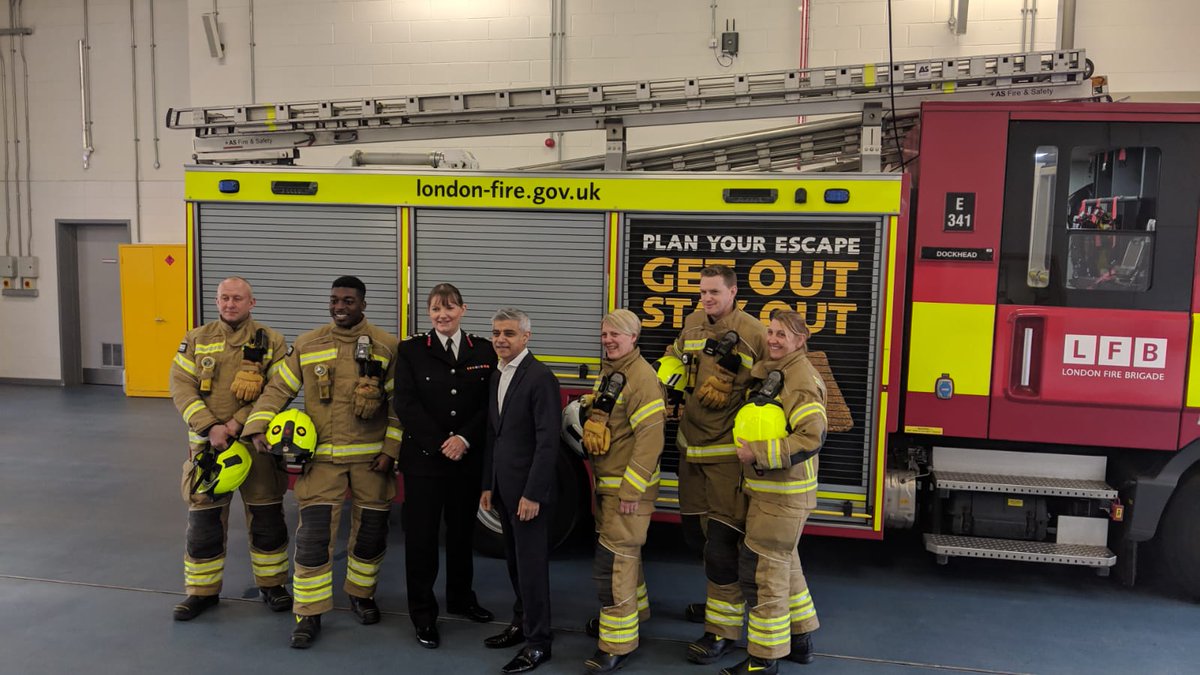 Following the Grenfell tragedy in 2017, Sadiq asked the commissioner of the London Fire Brigade, Dany Cotton, to carry out an urgent review into what extra specialist equipment and support she needed to keep the capital safe.

During a visit to Dockhead fire station in Bermondsey on Wednesday, the Mayor saw demonstrations of the new equipment.

The London Fire Brigade is the first fire and rescue service in the UK to use fire escape hoods to protect members of the public from toxic smoke at incidents. The Brigade now has 649 hoods, which provide up to 15 minutes protection from four of the main fire gases – carbon monoxide, hydrogen cyanide, hydrogen chloride and acrolein.

The Brigade's firefighting uniform now includes a tunic and leggings that are lighter in weight than the previous PPE, offering a better fit and comfort for all body shapes.

Warning Alarms for Stability Protection (WASPs) are used to monitor structural safety following a building collapse or where a fire has damaged integral beams, columns or load-bearing walls. During the recovery phase of the Grenfell Tower fire, WASPs were loaned to LFB from the Kent Fire and Rescue Service, allowing blue light services to work in places where there were concerns about the structural integrity of the building. LFB now has two of its own WASPs.

The Mayor also met fire investigator dog Simba, part of the LFBs award-winning dog section trained to pinpoint the cause of fires by sniffing out ignitable substances such as petrol and lighter fluid.

Drones are improving firefighter safety by providing an aerial view of incidents. The thermal display allows incident commanders to gain better situational awareness, helping them to plan for the safe resolution of an incident.

The Mayor of London, Sadiq Khan, said: "Our firefighters risk their lives every day to keep London safe and it is vital that they have the specialist equipment they need to do their jobs. This new state-of-the-art equipment, including innovative fire escape hoods, are already helping the fire service to save more lives. I am determined to ensure our brave firefighters have the resources and support required to face the challenges of the future."

London Fire Commissioner, Dany Cotton, said: "We are at the forefront of developing and introducing new equipment to protect Londoners and keep our firefighters safe.

"We continually review the tools we use and this demonstration is an essential opportunity for the Mayor to see some of our newest equipment in action.