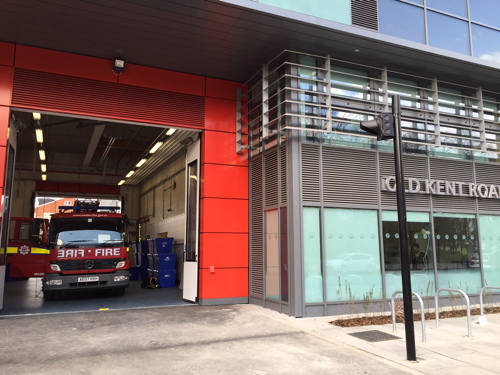 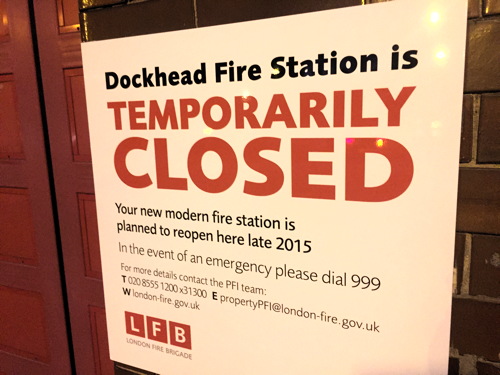 The fire station reopened on Tuesday 24 March whilst the 'Bermondsey bomb' drama was at its height.

The Old Kent Road crews and their engines had been operating from Deptford and Dockhead fire stations while the rebuild took place.

Firefighters at Dockhead have now relocated to Deptford fire station for the next year whilst the 1928 fire station in Wolseley Street is demolished and replaced with a new building.

Dockhead fire station is well known as a filming location for the London's Burning TV drama currently being repeated on London Live.

"The previous Old Kent Road station no longer met the demands of a modern fire and rescue service.

"The new station will provide us with facilities fit for the 21st century and reinforces our commitment to providing the best possible service to Londoners."

It also houses a station office, lecture and quiet study rooms and a kitchen and dining area for firefighters. There are also separate shower, changing and rest areas that can be modified to accommodate the different male to female ratio on each watch.

There are now also areas within the station that the public can visit to obtain fire safety information, as well as a community room available for bookings.

The rebuilding of Old Kent Road and Dockhead fire stations is part of a private finance initiative (PFI) scheme first announced nearly a decade ago.