Members of the enterprise club at Charles Dickens Primary School helped to organise an event to promote healthy eating at the Costcutter store in Southwark Bridge Road on Friday. 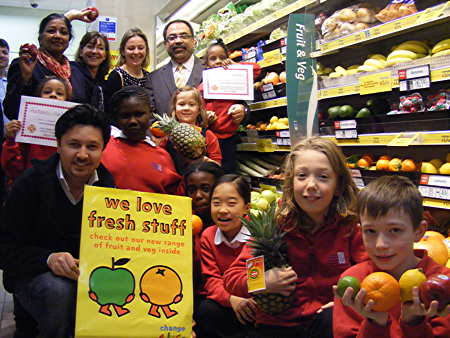 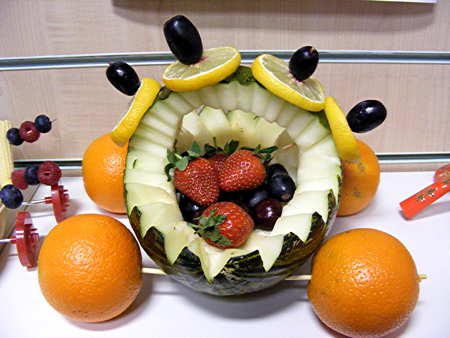 Sunstar Group, which owns 22 Costcutter stores in London, is taking part in the Government's Change4Life movement to promote healthy eating.

All of the participating stores will sell a wider range of fruit and vegetables and prominently display the produce using Change4Life branding.

She presented certificates to the winners of the school's fruit mobile competition. Pupils had made vehicles and flying machines from fruit which were then put to the test on a ramp or zip wire.

"Promoting the 5-a-day message is a good thing, but we also need to make it easier for people to actually buy fruit and vegetables locally," says operations manager Syed Husain.

"We are proud to have been the first Costcutter stores in London over 22 years ago and believe in building strong links with our local schools.

"We will be looking at other ways in which we can support our partner school over the coming months."