On Sunday 17 April thousands of people will take part in the Virgin London Marathon. Here's a brief guide to some of the SE1 people who are taking part, and how you can help them raise cash for good causes. 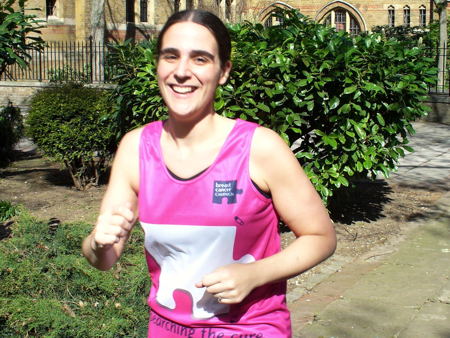 Captain Jonny Smith runs the Southwark Salvation Army at Elephant & Castle. This is his sixth marathon and he hopes to raise Ł10,000 from this event and a trek to Everest base camp later in the year.

Lester Reeves aims to raise Ł2,000 for Blackfriars Settlement where he is a volunteer with the older people's service.

Paul Wells and Greg Kirby are raising cash for the Mayor of Southwark's Common Good Fund in memory of Nancy Hammond who was involved in many civic activities in the borough.

Past Mayor of Southwark Cllr Denise Capstick (Lib Dem, Grange ward) is running the Marathon for Macmillan Cancer Support which is the chosen charity of this year's Mayor, Cllr Tayo Situ.

Two staff members at the London Fire Brigade's headquarters in Union Street will be running in the marathon.

Leah Clements, 27, works for the brigade's Olympics team. This will be Leah's first marathon. She said: "I'm raising money for the Alzheimer's Society. My grandfather has dementia, and my grandmother, who cares for him, has received support and advice from the Alzheimer's Society which has been a great help. I can't think of a more deserving cause."

Tiffany Beech, 29, works in the Brigade's community safety team and will be raising money for Help for Heroes. Tiffany, who has also never run a marathon before, said: "I'm ex-Royal Navy and have seen the excellent work the charity has done for people I've known who have been injured whilst on operations.

"These are really brave people who often need treatment and practical advice for serious injuries. With my friends in such dangerous places, working hard to keep the world safe, it means everything to me that they would be looked after if they were suffering."

She said: "I'm thrilled that my fitness regime has helped me to get in shape and I absolutely love running, so I'm excited to take on the London Marathon for this very worthwhile cause. Each year more than 12,000 people die from this disease so I'm determined to raise as much money as I can to help the charity continue funding vital research."

Brother and sister Melissa and Richard Milner are on a mission to raise Ł2,000 for the Epilepsy Society.

The charity is very close to their hearts – they are running together to raise money in memory of their cousin Magnus who had epilepsy and died after a seizure in 2009, aged 30.

SW8 resident Richard and Melissa, who lives in SE1, are keen runners and members of the Serpentine Running Club. Richard ran his first marathon last year but this will be the first time Melissa has taken part in a full marathon.

Hayley says: "I decided to take part because I have lost many close family members to heart disease, from a young age, and I have friends and family currently living with heart conditions. Additionally, I had a gastric bypass operation in October 2008, and have lost over 8 stone in weight since then. When I was a size 22/24, I couldn't have even run for a bus. Now, I am celebrating my healthier body by running a marathon!"

Southwark Bridge and Tower Bridge will both be closed on Sunday, as will part of Tooley Street and Jamaica Road.

• If you're near the river on Marathon Sunday, keep a lookout for the London Kayakathon.