Canon John O'Toole has been formally welcomed as dean of St George's Cathedral. 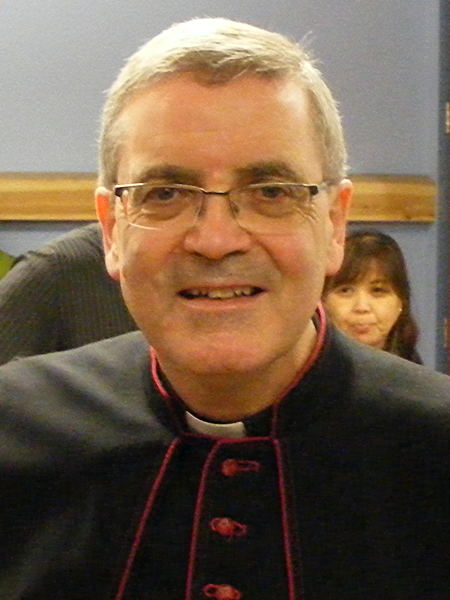 Many who were present less than a week earlier to say farewell to his predecessor Canon James Cronin returned on Friday evening for a welcome Mass for the the new dean of Southwark's Roman Catholic cathedral.

"It is a great joy for me to welcome my family, friends and colleagues, my brother clergy, my new and former parishioners and also our ecumenical and civic guests," wrote new dean in the service sheet.

He invited guests to recall and take strength from words of Blessed John Paul II written at the beginning of the millennium: 'Remember the past with gratitude; live the present with enthusiam; look forward to the future with confidence.'

The Votive Mass of the Holy Spirit opened with the hymn Praise to the Holiest in the height written by Blessed John Henry Newman who said his first Mass in England at St George's.

The new dean noted the long history of the cathedral in his sermon. Referring to the first reading from St Paul, Canon O'Toole said: "None of us posseses all the gifts. I certainly don't. We need each other."

When thanking guests for coming the dean added: "The gifts of faith, family and friends are treasures."

Archbishop of Southwark Peter Smith welcomed Canon O'Toole, who was previously director of the Christian Education Centre at Tooting Bec. The Archbishop said that the cathedral had important community and civic links among its many roles.

Before inviting the congregation to a reception in the Amigo Hall, Canon O'Toole said although it had been intended not to have a collection there would be one for the East Africa crisis appeal being launched on television that night.