Sir Terence Conran, founder of the Design Museum on Shad Thames, has warned that the former warehouse could be demolished by new owners when the museum moves out. 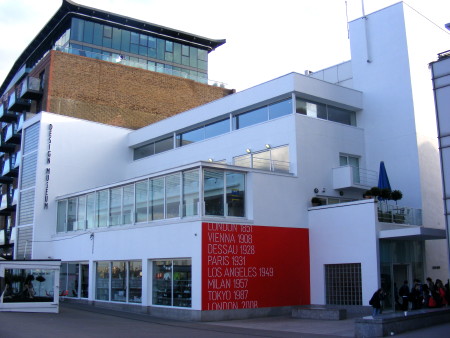 Last month the former banana warehouse that has been the museum's home since 1989, was put up for sale as the museum prepares to relocate to the former Commonwealth Institute building in Kensington.

"I'm selling the lease, but who knows what might happen to it after that," Sir Terence told The Independent on Sunday.

"It's not listed, which in my book it should be, and there's nothing to stop a developer from demolishing it and building a skyscraper in its place.

"I think it would be a terrible pity to lose it, not just because it has been home to the Design Museum for so long, but because it's a wonderful building – one of a kind."

Sir Terence has pledged to donate the expected £10 million proceeds from the sale of the lease on the building to the museum's fundraising appeal.

• A new exhibition entitled Sir Terence Conran: The Way We Live Now opens later this month at the Design Museum to mark the designer and restaurateur's 80th birthday.