Many schools and other public services in SE1 were closed on Wednesday because of strike action over changes to pensions. 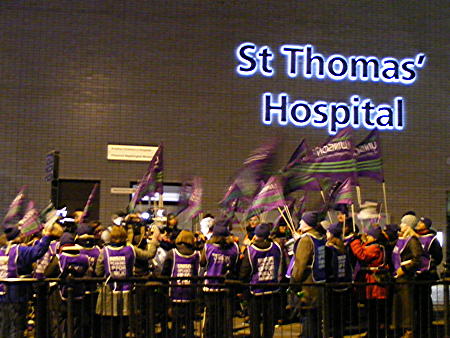 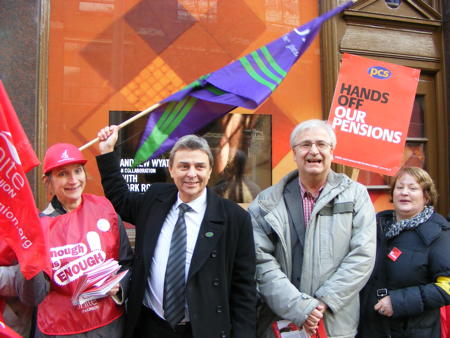 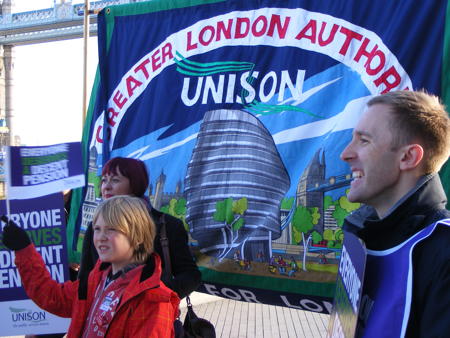 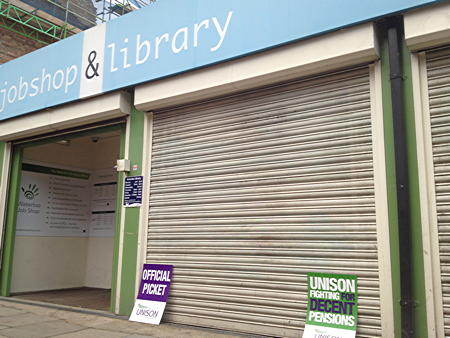 What was affected in SE1

"At a time of year on year real term pay cuts, sky-rocketing energy prices and spiralling transport costs, the Government is telling public sector workers that they have to pay an average of 50 per cent more in pension contributions," explains Bronwyn Murphy, Unison branch secretary at London South Bank University.

"Not only are these changes unfair, but they are unnecessary. The Local Government Pension Scheme, which many of our members pay into, is cash rich, taking more in contributions than it pays out in pensions each year.

"The biggest threat to the long-term well-being of the pension scheme comes from these proposed changes, which will reduce the number of people joining due to such prohibitive costs and force existing members to leave. The Government is not solving a crisis but creating one."

Unison general secretary Dave Prentis was at St Thomas' Hospital at 6.45am on Wednesday to meet staff. Among those in the crowd at the Westminster Bridge entrance were both young people and long-standing hospital employees looking to their retirement.

"There are hundreds of thousands of Unison members are taking action to protect their pensions today – with solid support across the country," said Dave Prentice.

"We know that today's strike is being led by women – 3.7 million could be affected by the plans to make detrimental changes to pensions. And they won't be fooled by government ministers' claims that their justified action will hit jobs. They know the real reason that the dole queues are growing are the disastrous choices the government is making.

"Its own Office of Budgetary Responsibility has predicted that 710,000 public sector jobs will go by 2017. This, alongside pay freezes and the pensions tax, will suck vital demand out of our economy – strangling any chance of the private sector coming to our rescue."

Later the Unison leader was at City Hall before meeting striking staff from the Equalities and Human Rights Commission in Tooley Street. Opposite was a picket outside Southwark Council's main offices.

Pickets were also outside Guy's Hospital, the London Councils offices in Southwark Street and Tate Modern.

On Tuesday night Southwark Council's Labour administration gave its backing to the strikers.

"I'd like to say, on behalf of everyone on this side of the chamber, that we wholeheartedly support the action that is taking place tomorrow," said Cllr Richard Livingstone, cabinet member for finance, resources and community safety.

"We know that it is the Government that has forced you into this position."

Cllr Livingstone was responding to a deputation from Southwark Trades Union Council.

The council is expected to save Ł250,000 in wages from Wednesday's strike. Cllr Livingstone agreed to implement a suggestion from the deputation that the cash be set aside for initiatives to combat youth unemployment.

The London Ambulance Service, which has its headquarters in Waterloo Road, was especially affected by Wednesday's action.

"We are now under severe pressure as a result of today's industrial action, and a significant number of our patients are waiting to be sent an ambulance response," said Jason Killens, deputy director of operations.

"As ever, we are continuing to give priority to those people with the most serious or life-threatening illnesses or injuries, and we are sorry for any delays people are facing.

"We are doing all that we can to maintain the safest possible service in very difficult circumstances and are working with unions to try to improve the emergency cover their members are providing."