The Venerable Dr Michael Ipgrave, Archdeacon of Southwark and canon missioner of Southwark Cathedral, has been appointed as the next Bishop of Woolwich. 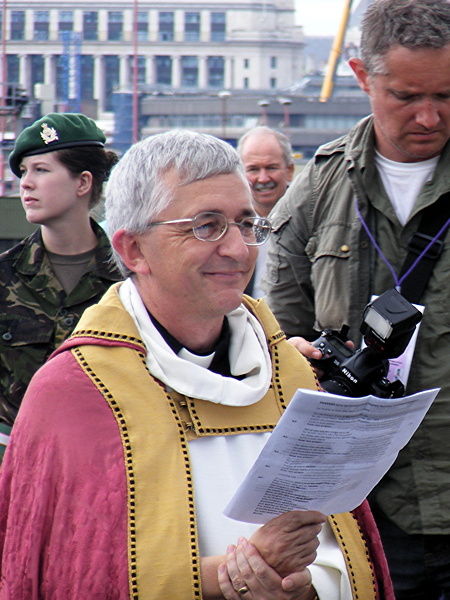 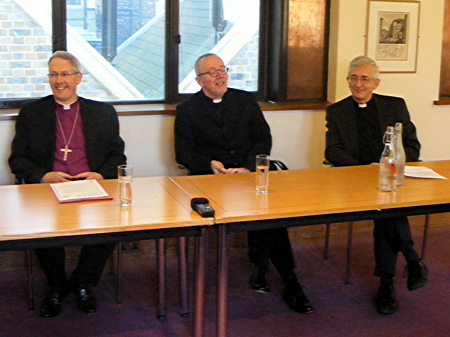 Rt Revd Christopher Chessun, Bishop of Southwark, with the bishops-designate of Croydon and Woolwich, Revd Jonathan Clark and the Ven Dr Michael Ipgrave

Dr Ipgrave's appointment is the latest in a series of internal promotions in Southwark's Anglican diocese; he succeeds the Rt Revd Christopher Chessun, Bishop of Woolwich from 2005 to 2010, who a year ago was enthroned as Bishop of Southwark.

Last year he received an OBE in the New Year honours list for services to inter-faith relations in London.

Dr Ipgrave, 53, was appointed as Archdeacon of Southwark in 2004 and two years ago took on additional responsibilities as canon missioner at Southwark Cathedral.

Speaking at a press conference to announce his appointment, Dr Ipgrave said: "Until Bishop Tom [Butler] invited me to become Archdeacon of Southwark, South London was – I have to say – a strange and unknown land to me.

"Over the last seven years I have really come to love Southwark. I love its vitality, its diversity, its energy, its 'in-yer-face-ness'.

"All that is present in our church life too. There's not one boring parish in the Archdeaconry of Southwark."

He added: "I now can imagine no better ministry to be invited to than that of being invited to be Bishop of Woolwich.

On Friday the Diocese of Southwark also announced the appointment of the Revd Jonathan Clark, currently rector of Stoke Newington, as Bishop of Croydon. Both new bishops will be consecrated at Southwark Cathedral on 21 March and will take up their new jobs in late spring.

"I am delighted to welcome two new episcopal colleagues into Southwark diocese and very much look forward to continuing to work with Michael Ipgrave and to welcoming Jonathan Clark to my senior staff," says Rt Revd Christopher Chessun, Bishop of Southwark.

"Together they will bring a variety of ministerial experience and interests and Bishop Richard [Cheetham] and I are looking forward to their contributions."