More than 200 origami doves were placed on the altar steps of Southwark Cathedral during a service to remember victims of Japan's earthquake and tsunami three years on from the disaster. 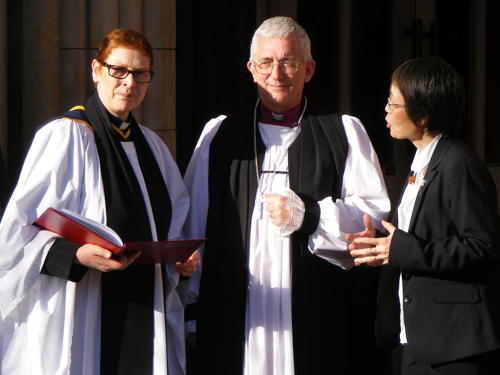 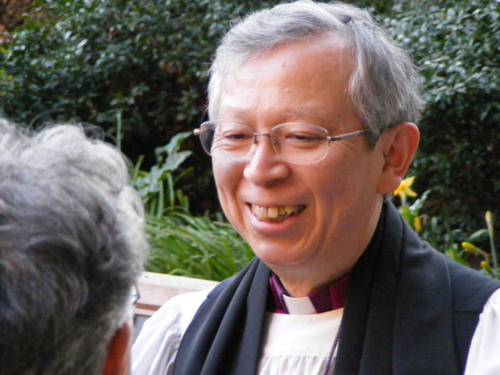 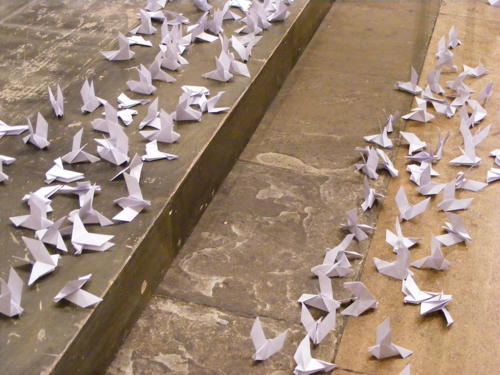 Saturday's choral evensong took the form of a memorial to the victims of the Great Eastern Japan Earthquake and Tsunami in March 2011.

The number of victims is understood to be over 20,000 with a many people still missing. Almost 280,000 people remain living in temporary accommodation.

The service opened with the Bishop of Woolwich, Rt Revd Michael Ipgrave, reading in English and Japanese a message from the Archbishop of Canterbury.

"We continue to hold in our prayers all those still living as evacuees and those uncertain as to what the future will hold," said Most Revd Justin Welby.

"We hold before God all those who lost loved ones and commend those who died to the mercy and compassion of God.

The Rt Revd John Hiromichi Kato, Bishop of Tohoku, preaching at the service, said that all Japan's eleven Anglican dioceses had joined together for the first time to support victims.

"Through all this we have been most deeply grateful for the prayers and support of the Church of England, and, indeed, the whole Anglican Communion," said Bishop John in a message printed in the bilingual service sheet.

"We also thank those Japanese people living in the UK who have given us so much encouragement."

During the service there was a reading of a first-hand account of what it was like being caught in the 2011 earthquake and just escaping the tsunami whilst in an upstairs room.

Prayers were said for "workers cleaning up after the nuclear accident at Fukushima" and "for people who still can't return to their homes and villages, and people who fear for their future because of radioactive contamination".

The Mayor of Southwark Cllr Abdul Mohamed and the Japanese Ambassador Keiichi Hayashi were present at the service.

Among the crowded congregation were Scouts from across south London who are due to attend the World Scout Jamboree in Japan next year.