A planning inspector has overruled Southwark Council and granted permission for a temporary illuminated advertising banner 40 metres high on the northern side of Draper House at Elephant & Castle. 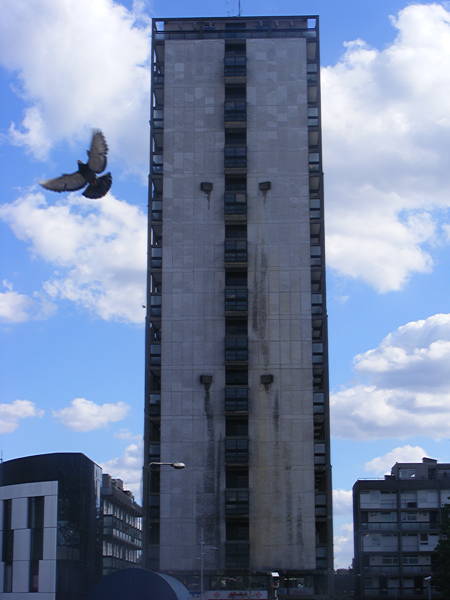 Draper House is currently being refurbished by Southwark Council and a series of applications have been made to install temporary advertisements on the scaffolding shroud around the tower which sits alongside the more prominent Strata building.

Walworth Community Council vetoed one such application a year ago on the grounds that it would harm the setting of the nearby listed Metropolitan Tabernacle.

The church itself had previously warned that the giant billboard "may well lower the moral tone of the neighbourhood".

A further application was turned down by council officers at the end of last year and, after an appeal by Remedia International, planning inspector David Leeming has ruled that the advert can be displayed for a period of six months.

"Given the obviously temporary nature of the proposed banner, and its presence in association with the refurbishment works at Draper House, its impact, for the limited period proposed, would not be such as to materially detract from the setting of the listed building," wrote Mr Leeming.

"More generally, the proposed banner advertisement would appear in an urban setting characterised by tall and large-scale buildings and containing various prominent advertisements, albeit not of the size proposed for the temporary appeal banner."

• The owners of King's Reach Tower on the South Bank have now lodged an appeal against Southwark Council's decision to refuse permission for giant advertisements to be hung from the skyscraper.