Artists Heather and Ivan Morison were in Sumner Street on Thursday evening for the inauguration of their Skirt of the Black Mouth art installation. 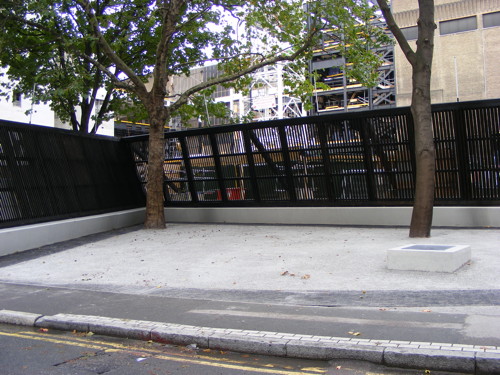 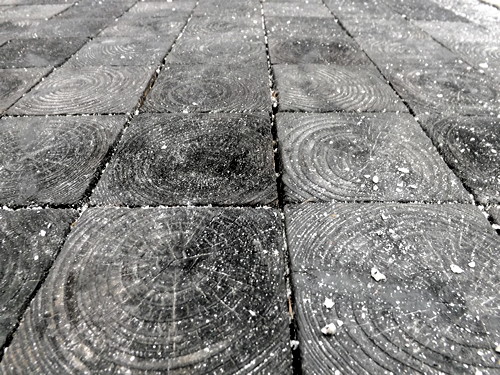 The artwork is a 'pocket park' with a timber, steel and concrete hoarding treated as sculpture at the south-eastern corner of the Tate Modern site.

The area between the black louvre fence, which allows changing glimpses beyond, and the road includes a path made with 12,000 Welsh wooden cobbles.

The new public space has been created in an area that has been surrounded by hoardings for many years – initially for EDF electricity works and then for the construction of Tate Modern's extension.

"We wanted to explore bringing spaces back into public use and to begin to reveal the Tate landscape that will come back," said Donald Hyslop, Tate's head of regeneration and community partnerships.

Tate Modern director Chris Dercon said that the two artists had been asked to "re-imagine the idea of a hoarding". Tate and Tate Modern were multi-faceted which was exactly what this project would be. It was a screen to make you see buildings and public space completely differently.

He praised regeneration and community partnerships curator Synthia Griffin for her role in the commission.

"It's all of it for you. It depends on you," he told the local resident guests gathered in the pocket park. "I hope it gets to be used. Re-use Bankside, the better side of Southwark. Enjoy the space. Think of it whatever you want."

Heather Morison hoped the heartwood larch blocks could be the forerunner of city streets paved in wood. She described the project as a marker of what was to come.

Skirt of the Black Mouth was commissioned as part of the Regeneration and Community Partnerships Tate Modern programme with support from Better Bankside, Bankside Mix and other partners.