Southwark could buy back some Heygate Estate homes from Lend Lease

The leader of Southwark Council has raised the prospect of the authority buying back some new homes on the Heygate Estate site once it has been redeveloped by Lend Lease. 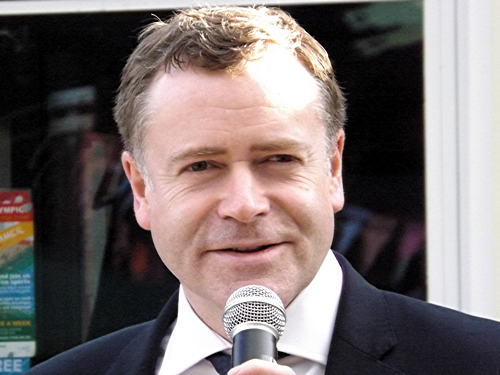 The subject of affordable housing at the Elephant & Castle is currently a hot political topic with local Labour and Liberal Democrat politicians trading claims and counter-claims in the run-up to next week's East Walworth by-election.

The contest in East Walworth ward – which includes the Heygate Estate site as well as the Elephant & Castle Shopping Centre – was triggered by the death of sitting Labour councillor Helen Morrissey.

The near-empty Heygate Estate contained nearly 1,100 homes but just a quarter of the 2,500 homes to be built on the site by Australian developer Lend Lease will be classed as 'affordable' – with an even smaller proportion at council rent levels.

Under questioning from the cross-party overview and scrutiny committee last Monday, council leader Peter John revealed that he has held talks with officers on the possibility of buying some homes on the redeveloped Heygate Estate to be let out to council tenants.

"I'd quite like to do that if we possibly can – and keep the rents even lower – but I'm told it's not a very cost-effective way of doing things," said Cllr John.

"Even so, who knows? I might win out on that and we might get some council houses back at the Elephant which which would be quite an exciting thing to see."

Any such acquisition of homes on the Heygate site would be likely to be funded by payments in lieu of on-site affordable housing at major developments in Borough, Bankside and London Bridge.

Demolition of the main blocks on the Heygate Estate is scheduled to begin next summer. The north-west corner of the estate – facing New Kent Road – is expected to be redeveloped first.

Southwark's Labour administration has committed to creating 1,000 new council homes by 2020 – but critics point out that many homes are being sold by the authority at the same time.