The Heritage Lottery Fund has announced funding of £2.5 million towards the National Theatre's £70 million redevelopment project. 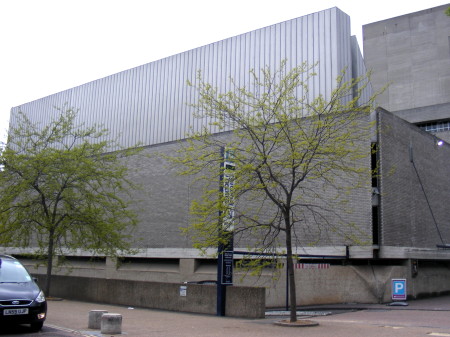 "We are delighted the Heritage Lottery Fund has made this generous grant, which is a welcome vote of confidence in our plans to conserve and renew Denys Lasdun's 1970s building," said chief operating officer Lisa Burger.

"The pre-eminent example in Britain of mid-twentieth century modernism, it gained grade II• listed status in 1994.

"The theatre now requires significant investment in the fabric of its building; HLF's funding will enable us to create increased public access to the architectural, theatrical and social history of the National Theatre."

Dame Jenny Abramsky, chair of the Heritage Lottery Fund, said: "The National Theatre is one of the South Bank's most recognisable landmarks which we're delighted to be supporting as it approaches its 50th anniversary.

"Along with much-needed redevelopment work, imaginative plans to engage visitors with all aspects of this world-class theatre and its archive collection are something we warmly welcome."

We reported last week on the opening of The Shed, a temporary theatre next to Waterloo Bridge, which will provide the National with a third stage during the extended closure of the Cottesloe Theatre.