The Prince of Wales and the Duchess of Cornwall visited Borough Market on Thursday to celebrate the reopening of Three Crown Square and the dedication of the market's new bell. 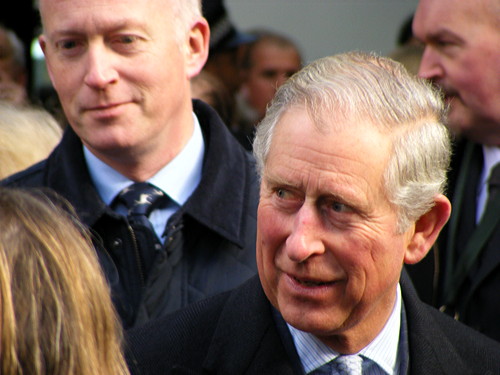 The Prince of Wales at Borough Market 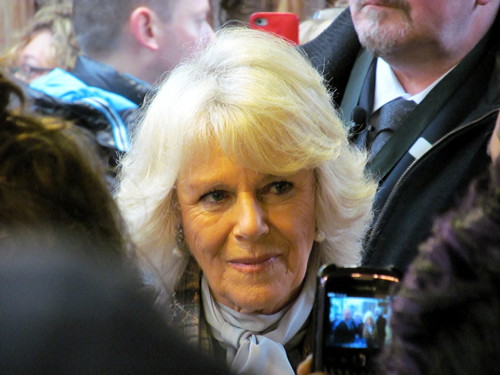 The Duchess of Cornwall in Three Crown Square 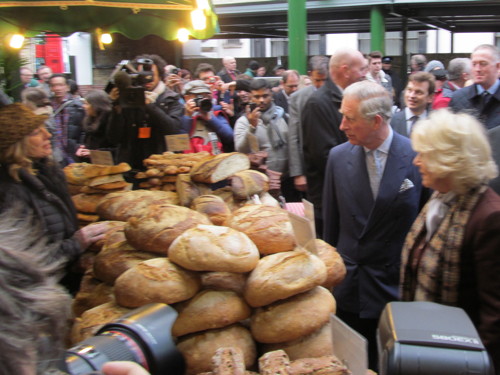 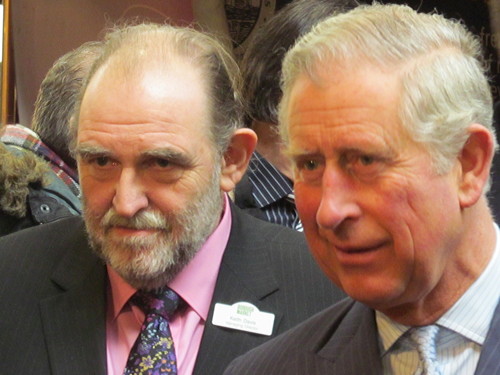 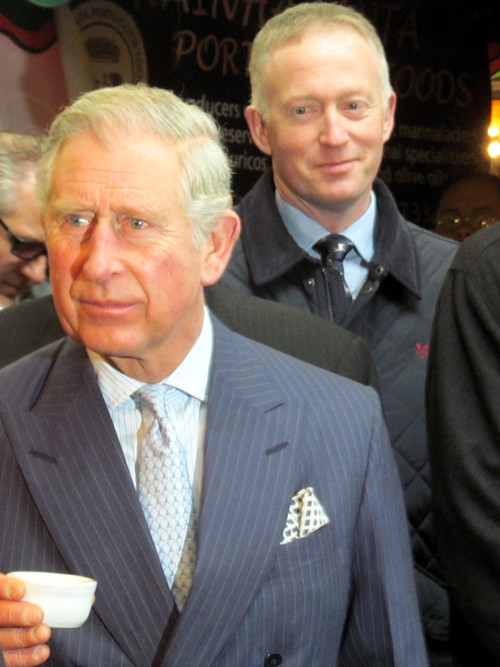 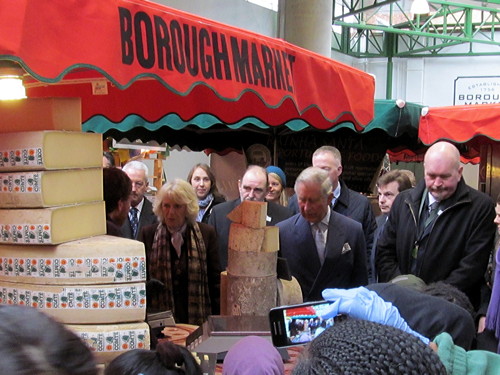 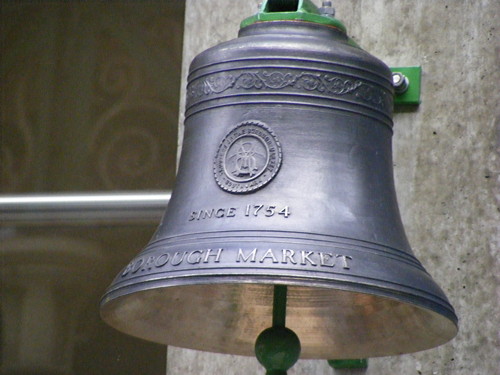 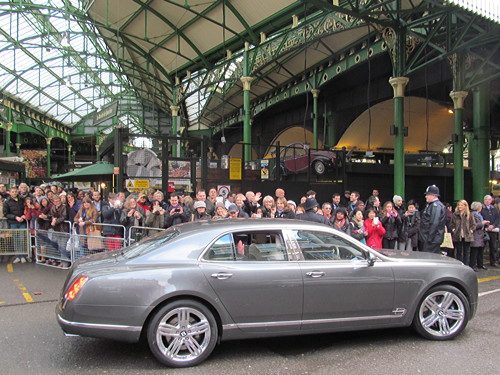 The royal couple met traders and customers in the newly reopened Three Crown Square section of the market which has been rebuilt after the construction of a new railway viaduct.

The Prince and Duchess last visited the market seven years ago whilst there was still uncertainty about the Government's intentions for the Thameslink rail project.

Inspired by last summer's All the Bells event and minutes of 18th-century market trustees meetings which ordered that a bell be rung to start each day's trading, a new market bell has been cast at Whitechapel foundry and installed alongside the market's blue plaque outside the Roast restaurant.

After a blessing by the Dean of Southwark, the Prince was invited to ring the bell for the first time.

Representatives of Barcelona's La Boqueria market, with which Borough is twinned, also travelled to London for the occasion.

The royal visitors enjoyed mugs of tea at Maria's Market Cafe and chatted with proprietor Maria Moruzzi before meeting children from Snowsfields Primary School taking part in a cookery workshop.

The Prince paused to chat to the crowd gathered outside the Market Porter pub before leaving Borough.

Southwark Cathedral rang a peal of bells as the visit came to an end.

It was the Duchess's second visit to SE1 in two days; on Wednesday she opened a new exhibition at the Garden Museum.