Firefighters from Southwark Fire Station - threatened with closure by Mayor of London Boris Johnson - tackled a blaze at the Peabody Estate in Southwark Street on Tuesday night. 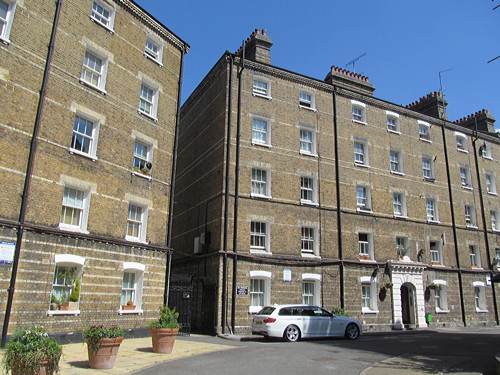 The fire brigade was called to the estate at 9.39pm on Tuesday night and the fire was under control just over an hour later.

"A small amount of the communal area on the ground floor was damaged but there was heavy smoke throughout the property," said a brigade spokesman.

A man and a woman left the building before the brigade arrived. They were both suffering from smoke inhalation and taken to hospital by the London Ambulance Service.

Fire crews from Southwark, Dowgate and Lambeth fire stations were called to the scene.

A Peabody spokesman said: "Residents were evacuated for a short time and most are now back in their flats. The fire brigade have confirmed that the building is safe and that nobody has been left without a home. The cause of the fire has not yet been established. Peabody is currently carrying out its own fire investigation.

"Peabody pays tribute to the fantastic work of the London Fire Brigade, the police and the paramedics."

This month three public meetings will be held to discuss the proposed closure of Southwark Fire Station.

The first, on Wednesday 1 May, has been called by Val Shawcross AM and Cllr Peter John and will be held at City Hall.

The second meeting has been organised by local tenants' and residents' associations and will be held at the Queensborough Community Centre on Tuesday 7 May.

On Tuesday 14 May the London Fire & Emergency Planning Authority will hold its official Southwark consultation meeting on the draft London Safety Plan at City Hall.