Mint Street road closure to be made permanent

The experimental closure of Mint Street to through traffic is likely to be made permanent. 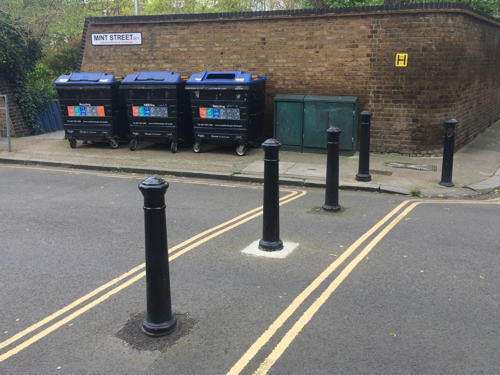 Bollards were installed in autumn 2012 to reduce the use of the narrow street by rat-running drivers.

According to Southwark Council, the closure has resulted in a 96 per cent decrease in traffic travelling west along Mint Street between Marshalsea Road and Caleb Street and a 94 per cent reduction in traffic heading south along Weller Street.

Public consultation after the first year of the experimental closure yielded 42 responses from residents and businesses, 39 of them in favour of the change.

Members of the community council were this week asked to comment on the proposal to make the closure permanent before a final decision is made by cabinet member Cllr Barrie Hargrove.

Cathedrals ward councillor Geoffrey Thornton said that the closure had "transformed this area from a traffic-choked rat-run into a really pleasant environment for pedestrians and cyclists".