If you've been down Mint Street in the last month, you might have noticed that part of the road has an unusual new surface. 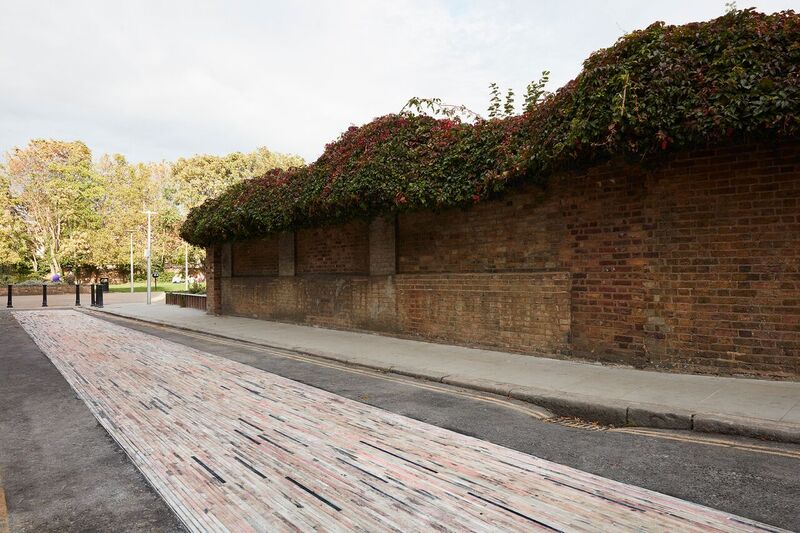 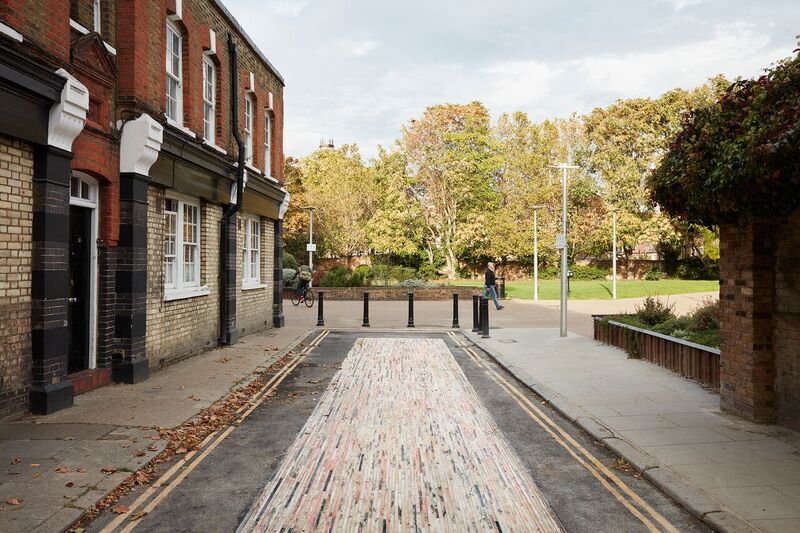 Co-curated by the London Design Festival and Lisbon-based experimentadesign, and designed by Michael Anastassiades Studio in partnership with Portuguese quarry marble companies Mármores Galrão and Dimpomar, the westernmost section of Mint Street has been paved in a 'carpet' of recycled marble.

Due to minor flaws, discolouring or imperfections, much of marble quarried is then rejected by contractors, architects and designers.

Having identified this as a waste of otherwise perfect raw material and it being sent to landfill, the London Design Festival was offered unwanted marble and asked to consider how it could be used creatively.

Michael Anastassiades responded to the edge of the marble rather than the traditional flat surface, with the resulting design of the street making reference to traditional cobbles, as seen throughout Portugal.

"I wanted to create a simple gesture that used the natural beauty of Portuguese Rosa marble along with other distinctive tonalities," said Anastassiades.

"Similar to how a carpet delineates a space or marks a path, I imagined the tiled road rolling out on the street, connecting the park to the remaining neighbourhood."

London Design Festival director Ben Evans added: "Much of marble quarried is rejected as imperfect by contractors, architects and designers. It is a scandalous waste of a beautiful raw material.

"This project shows what can be done by creating a new permanent street of rejected marble."

Cllr Richard Livingstone, Southwark's cabinet member for environment, transport policy and air quality, said: "This is a wonderful and unique project that captures the essence of what we are trying to do in Southwark, which is make our streets more appealing and create interesting landmarks and sights that people want to walk or cycle among.

"We want to help create streets that people want to walk down and enjoy, and encourage healthier and environmentally friendly forms of transport."