Despite being part of an unpopular coalition Government, can Southwark Liberal Democrats' focus on "homes, kids and jobs" help them to win back control of the borough this week? 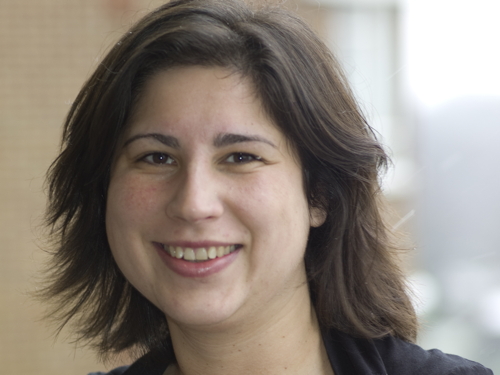 A councillor in Bermondsey's Riverside ward since a 2007 by-election, Anood Al-Samerai has led the opposition Lib Dem group for exactly four years.

Asked to pick out the best and worst thing to happen in Southwark in the last four years, Cllr Al-Samerai immediately turns to Labour's controversial policy of using cash receipts from SE1 luxury housing developments to build council homes elsewhere in the borough, which she describes as the "biggest political difference" between her party and Labour.

She says she can understand Labour's desire to fund new council homes by allowing 100 per cent private developments in the north of the borough, but warns that the break-up of mixed communities will have profound knock-on effects for future generations.

"The great joy of Riverside ward is that you have the Dickens Estate next to Shad Thames. You won't get that again in the future."

On the positive side of the equation, she believes that Southwark has "punched above its weight" during the financial crisis and the local economy has performed "better than expected" through the recession. She acknowledges that all parties and all levels of government share the credit for driving up the number of jobs and apprentices in the borough.

What are her hopes and fears for Southwark in the next four years? "I hope we can crack childcare, because it is something that it has taken politicians a while to realise the impact that has on people getting back into work.

"The other plank of our campaign is around value for money and getting people more engaged in how money is spent in the council. I think there is much more we could do in Southwark around that.

"My fear is around housing. Sometimes Labour paint me as someone who is against all regeneration and I'm not.

"I grew up near the Elephant and it's always been a place that has amazing potential.

"I just have a real fear that we will see a regeneration that prices people out of the area and doesn't benefit local people."

With Southwark Labour having pledged to build thousands more council homes and new high-end private residences being built at a rapid pace, where does Cllr Al-Samerai think this state of affairs leaves the vast swathe of the population who cannot afford market prices and will never qualify for social housing?

"They are the people we need in Southwark: people who drive an ambulance; people who teach; people who aren't on huge incomes but who won't qualify for a council home.

"There is a danger – not just in Southwark but in London – that it ends up being a place for just the very poor or the very rich."

She is willing to mount a qualified defence of the coalition's controversial introduction of the 'affordable rent' tenure of up to 80 per cent of market rent (it "kind of makes sense") as an intermediate option and also calls for more to be made of shared ownership.

She is sceptical of a recent Savills report that claims that house prices in North Southwark have risen so sharply that shared ownership homes can no longer be built viably north of Elephant & Castle: "Developers will always say that things aren't viable and it's down to the council to challenge them."

"One of the difficulties in politics is that it's made very difficult to change your mind," says Cllr Al-Samerai ruefully.

However, she insists that the local party had already decided before the national party policy change – after listening to the views of local parents – that it would not re-introduce charges for primary school lunches if re-elected to run the council.

The free school meals controversy was one example of how Southwark Lib Dems have struggled with their new-found position as the local face of a party of national government, after years of opposition.

Cllr Al-Samerai says response on the doorstep has been "very mixed" with some voters raising national issues and others choosing to discuss local matters.

But she is keen to trumpet Lib Dem achievements in the coalition such as changes to the income tax threshold and the pupil premium funding for schools.

Locally, she claims that having a voice in Government has helped Simon Hughes and local Lib Dems secure Government policy changes on the tax treatment of UK homes owned by foreign investors.

If the Lib Dems regain control of the council next week, they will find themselves locked in to a number of deals relating to the Elephant & Castle. What would the Lib Dems do differently from this point on?

Cllr Al-Samerai jokes that unlike her Labour opposite number, she wouldn't be dining at The Ivy with developers.

"I would certainly not be as cosy with developers [at the Elephant] or anywhere else."

She acknowledges that things have moved on since her party last ran the council, but pledges to examine whether any more social housing could be included in the redevelopment of the Heygate Estate, as well as calling for a reexamination of the large number of private car parking spaces proposed by Lend Lease.

After the Elephant & Castle, the redevelopment spotlight will soon shine on Old Kent Road where Boris Johnson has set a target of 2,500 new homes. How would a Lib Dem council ensure that this process runs smoothly?

"There is a lot of potential, but we have to learn lessons about communities that have been there a long time. We have a really interesting North African community along the Old Kent Road ... and lessons must be learnt about how you communicate with and involve people in whatever top-down plans Boris and/or the council come up with.

"The big issue along the Old Kent Road for me is air quality ... it's one of the most polluted roads in London. That's got to be key."

Cllr Al-Samerai claims that her group has no official view as to whether a future Bakerloo line extension should head south from the Elephant to Camberwell or east to Bricklayers Arms and beyond,

"Whatever transport improvements we can get – whether it's Walworth Road or Old Kent Road – would be welcome."

This spring one of her own Lib Dem councillors used his valedictory speech in the council chamber to warn that Labour is "strangling the goose that lays the golden egg" with a series of policies and decisions that could wipe out Southwark's unique character.

"It's one of the most historic places – and it's an interesting history too. I love the fact that Southwark has quite a rebellious history in London and that's very important.

"For me what makes Southwark special is what a mix it is ... what an amazing variety of people you meet."

"What makes Southwark special is that it's different for everybody. Everybody has their own journey. My personal journey was coming here as a child and being welcomed into the borough. People make a home for themselves here through many different routes."

She argues that a shared interest in local history is something which can bind together residents from many different backgrounds, and highlights a recent project in her ward to safeguard the distinctive character of Shad Thames as an example of how this can be achieved.

"History belongs to everyone [and] we can use some of that heritage to bring people together."

Where does Cllr Al-Samerai see herself in five years' time? "I feel incredibly lucky that I have a job I love.

"It's such a privilege to be elected to represent people. I hope I'm re-elected as a ward councillor this week.

"I would very much like to continue as our group leader, and obviously I'd like to be leader of the council.

"I think it's really sad that British politics doesn't recognise the role of local government the way it should. I think all parties in government have been guilty of centralising. It's a shame.

"Being a local ward councillor you know what's going on on local streets, you're able to get stuff done. They may be small things but they massively affect people's lives.

"I can't think of anything I'd like to be doing more than what I do at the moment, other than actually being in charge of Southwark, as I think I'd do a better job."

• Local elections will be held across Greater London on Thursday 22 May. Polling stations are open 7am-10pm

• The votes will be counted on Friday 23 May: stay tuned to @se1 on Twitter for the results