Southwark Council has introduced a voluntary code of conduct for buskers and street entertainers on Bankside. 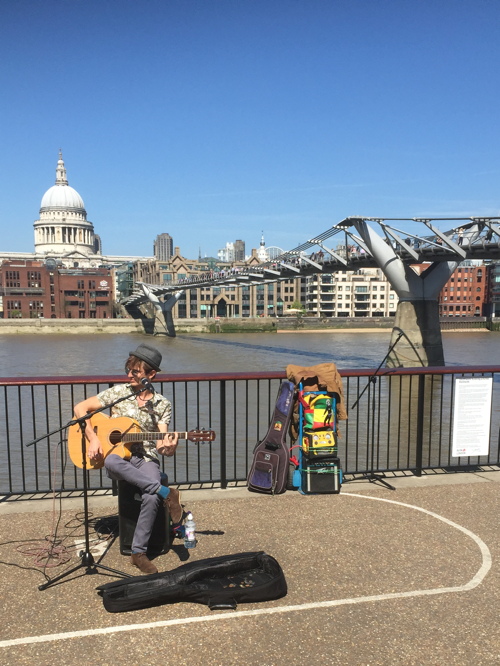 Pitches for buskers and entertainers have been marked out on Bankside

Last year the council consulted local people on the idea of a formal licensing scheme including auditions for prospective performers.

Instead, the council has adopted the 'Busk in London' code of conduct launched in March by Mayor of London Boris Johnson.

Details of the scheme are on the Southwark page of the Busk in London website.

Buskers and entertainers are asked to limit themselves to peforming between 9.30am and 7.30pm and only use the marked pitches on Bankside between Blackfriars Bridge and Southwark Bridge.

"Bankside is not suitable for loud performances like drumming, large musical groups, bagpipes and acts with high levels of amplification," says the guidance.

"This is because the sound at Bankside carries a long way – further than you might think!"

When he launched Busk in London in March this year, Mr Johnson said: "Busking adds to the capital's joie de vivre, but in spite of its popularity, buskers have sometimes encountered problems when plying their trade. Some have even been put off.

"Working with our partners, we are putting a scythe through the acres of unnecessary bureaucracy to make it easier to entertain on our city's streets. We want to make London the busking capital of the world!"

Does the voluntary code strike the right balance?