Staff and students have gathered to celebrate the 125th anniversary of adult education institution Morley College. 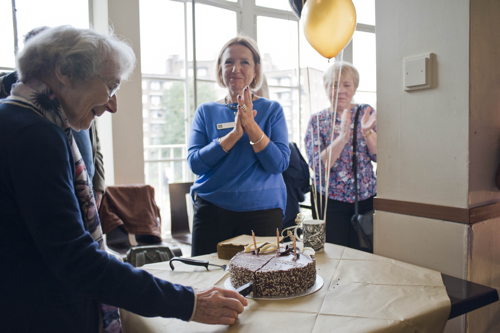 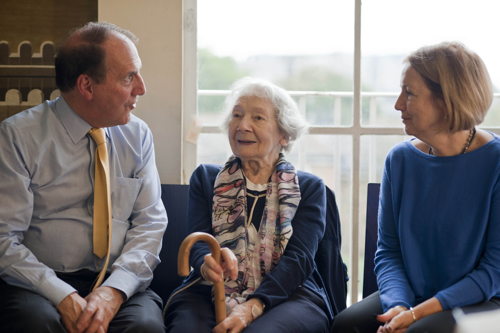 On 29 September 1889 Morley Memorial College for Men and Women opened its doors for the first time in the dressing rooms at the back of The Old Vic theatre.

This Monday Morley College staff and students marked the 125th anniversary of those first classes.

Marian Cooke, one of Morley's longest-standing students, kicked off the year of ongoing celebrations when she cut the celebratory cake at a tea party attended by Bermondsey & Old Southwark MP Simon Hughes.

Marian began studying English at the college as a 17-year-old in 1945 and is still a regular today coming along twice a week to take part in singing classes and the Can't Sing Choir.

"I didn't want to learn to gain qualifications but purely for my own interest and enjoyment and Morley offers me just that," said Marian, who even met her husband through the college.

Principal Ela Piotrowska OBE said: "We are delighted to celebrate the 125th anniversary of Morley College and its unique role in British adult education.

"Many thousands of students have enjoyed and benefited from the vast and wonderful array of courses at Morley over the last 125 years.

"From its early days when it began in The Old Vic theatre, Waterloo, Morley has stayed close to the vision of its founder Emma Cons to provide affordable liberal education for working men and women.

"During this important anniversary year, Morley will be celebrating the college's important heritage, the inspiring achievements of its diverse community and launching its ambitious plans for the future."

As part of its programme of anniversary events, the college has revived the 'penny lecture' with future speakers including Professor Roger Kneebone and Shami Chakrabarti.