Southwark Council is planning a new cycle route stretching from St George's Circus in the north to Dulwich in the south. 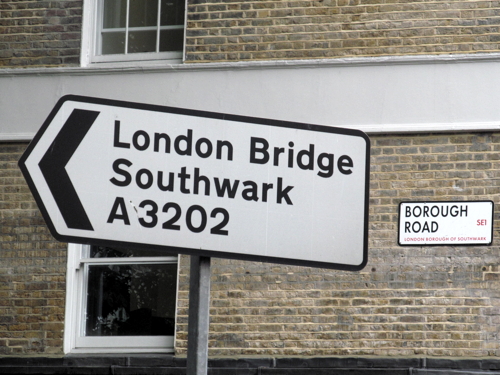 The 'Southwark Spine' is the centrepiece of the council's new draft cycling strategy which will be officially launched for public consultation next week.

"We have a clear vision for cycling in our borough and this strategy forms a key part of delivering that vision," says Cllr Mark Williams, cabinet member for regeneration, planning and transport.

"We are committed to increasing levels of cycling in Southwark whilst making it safer for everyone. We want cycling to become commonplace – just another way of getting round and as easy as walking.

"We have seen levels of cycling increase in our borough in recent years. We want to build on this and provide the infrastructure, education and information to get even more people cycling. We want to hear from our residents, particularly those who don't currently cycle, to find out what changes we need to make to get them cycling.

"We will unlock a cycling network in our borough, starting with a new north-south Southwark Spine route that will run the entire length of our borough. This will complement existing plans for cycle superhighways and quietways, forming the basis of a comprehensive cycling grid. By working together we can significantly increase the number of people cycling from all backgrounds."

The proposed Southwark Spine will branch off from Transport for London's north-south cycle superhighway – which will enter the borough via Blackfriars Bridge – at the southern end of Blackfriars Road.

From St George's Circus the spine route will head east on Borough Road and Harper Road before crossing New Kent Road and heading south via Walworth, Burgess Park, Camberwell, Peckham and beyond to Dulwich.

How the draft strategy describes the Southwark Spine

Our first priority is to deliver a completely new, high capacity strategic cycling corridor with clear space for cycling, running the whole length of our borough. This will form the central spine of our network, linking the new north-south cycle superhighway to Dulwich and beyond and complementing the quietways. The route will be cohesive, direct, safe, attractive, comfortable and easy to navigate for all ages and abilities. It will be physically segregated in areas of heavy traffic or large vehicles, with different signals to prioritise cyclists at junctions. On streets with moderate traffic, and fewer large vehicles, the road layout, including parking, will be reallocated to provide for cycling and walking. On residential streets, traffic will be heavily calmed or designed out. Links through parks and open spaces will be direct and designed to avoid conflict with other users.

The plans for a public consultation on the draft cycling strategy will be formally endorsed by the council's cabinet next week. Residents will be invited to comment on the document during November and December.

The final strategy document will be adopted by cabinet in March next year.