Hydrogen buses to stay on RV1 route till 2020

The Mayor of London has revealed plans to add two more hydrogen fuel cell buses to the fleet on route RV1. 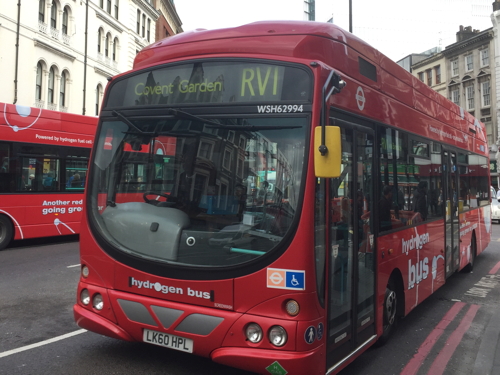 In response to a question tabled by Lib Dem Stephen Knight AM, Boris Johnson said last week: "TfL plans to introduce a further two hydrogen fuel-cell buses to route RV1 as part of the E3Motion project.

"This is linked to a European consortium framework agreement and will extend operation of the other eight buses to 2020.

"Ten buses will enable the RV1, which needs eight vehicles in the travel peak, to operate as a complete zero-emission route."

Hydrogen-powered buses have been the main vehicles on the route since 2011.

Zero-emission buses were first trialled on the RV1 more than a decade ago.

• This week City Hall is hosting a special exhibition to mark Hydrogen Week.