Week-long ‘Occupy Murdoch’ camp set up at the News Building 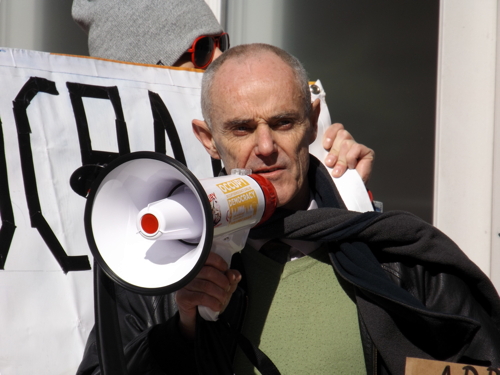 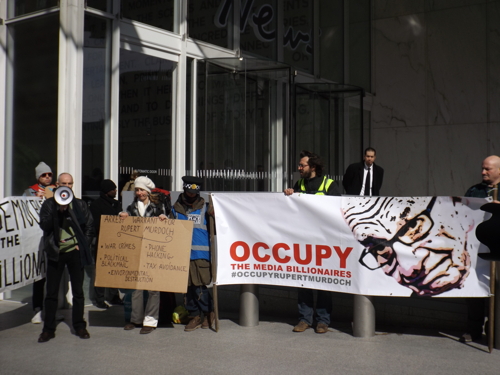 There was extra security at the News Building – home of The Times, The Sun, the Wall Street Journal and HarperCollins – with a temporary barrier outside where the names of those arriving were checked.

"The millionaire class are hijacking our democracy by buying our newspapers, our cinemas, our TV stations, our radio stations and book publishers," said Donnachadh McCarthy.

"We are here today to present a symbolic arrest warrant for the symbolic head of this prostituted media, Rupert Murdoch."

In addition Donnachadh McCarthy named Lord Rothermere of the Daily Mail, Richard Desmond of the Express Group and the Barclay brothers who own the Telegraph newspapers.

He claimed that media ownership was often based offshore and that British papers had trashed immigrants, asylum seekers, refugees, environmentalists, the elderly and disabled.

"We are here for a week long protest, action, cabaret and stand-up comedy," he announced.