A new garden in the ruins of Winchester Palace was inaugurated last week. 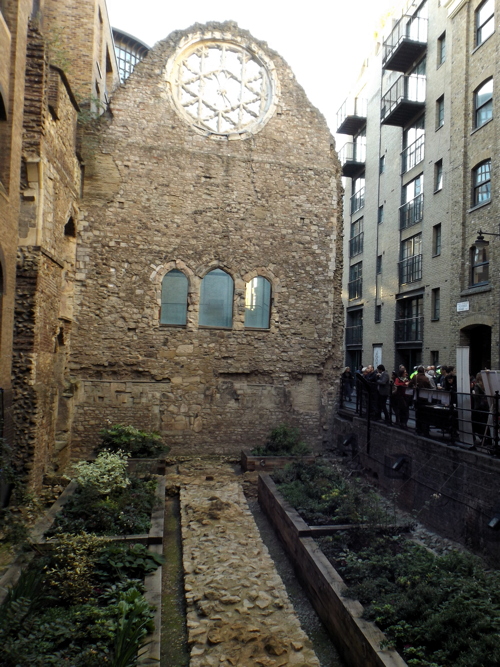 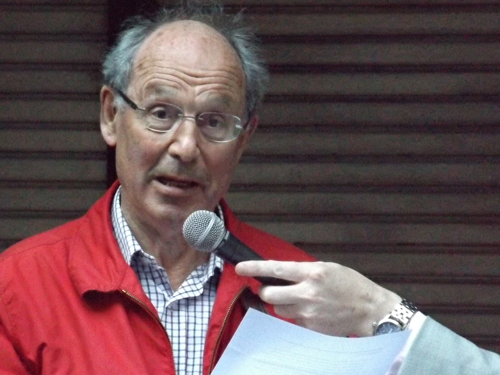 The garden scheme was devised by local resident David Stephens

The present great hall window and open crypt are the only visible remains of the medieval Winchester Palace which covered the riverside between what is now Southwark Cathedral and Park Street.

The now exposed wine cellar which was under the dining room has been filled with plants.

Winchester Palace was the London home of successive Bishops of Winchester from 1144 to 1649 who entertained many great figures in the dining room which was level with the doors under the surviving rose window.

Katharine of Aragon came before her first wedding in St Paul's Cathedral. Her second husband Henry VIII met his fifth wife Catherine Howard at dinner. Queen Mary brought her husband when they were on their honeymoon having been married in Winchester Cathedral.

A century earlier, in 1424, James I of Scotland and Joan Beaufort had held their wedding reception in the hall after being married in the church that is now Southwark Cathedral.

The kitchen was at the west end on the site of Pret a Manger .

The greening idea came five years ago from David Stephens who lives in Clink Street and was inspired after visting with his wife Anne the ruins of St Dunstan-in-the West in the City.

He had hoped to have medieval plants growing in the former undercroft but since few would flower in shade there is a mix of medieval, woodland and modern garden plants. Yellow and orange flowers have been avoided to create a degree of serenity and enhance the setting.

"Southwark is much more significant in relation to the north bank than we thought," said Jane Sidell of Historic England.

"It is no longer the poor relation of Londinium."

Dr Sidell claimed that the site was first occupied by the 'biggest Roman building north of the Alps".

Dr Sidell said that filling the ruin with plants was not inappropriate since the palace had had pleasure gardens. The parkland stretched west as far as the Paris Garden on Tate Modern's west side.

Fundraising for the garden – with backing from actor and broadcaster Tony Robinson – began four years ago.

The work has been undertaken by Bankside Open Spaces Trust volunteers including Winkworth Sherwood staff who are maintaining the planting.