On Thursday the winner of the Stirling Prize will be announced but being shortlisted for the UK's most prestigious architecture prize has failed to boost the value of the penthouse flat at the top of the Neo Bankside development. 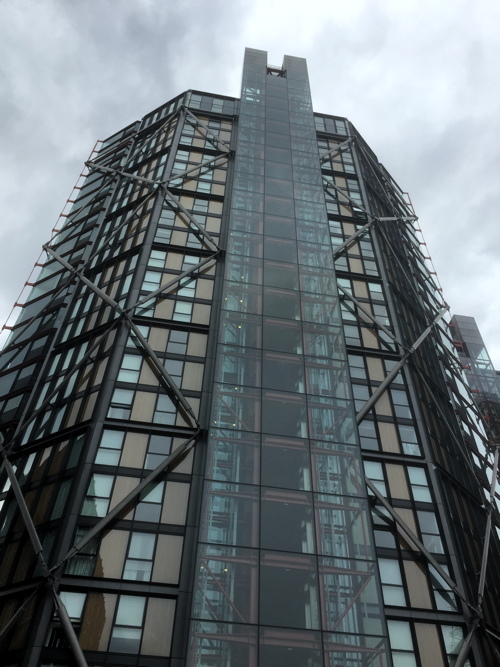 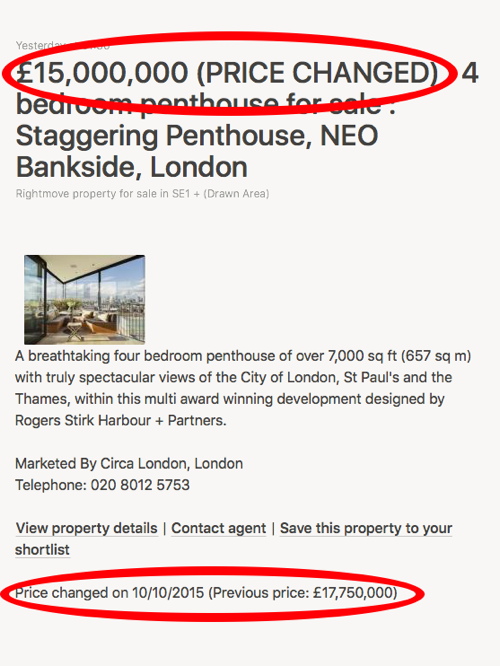 Neo Bankside – next to Tate Modern – was a joint venture between developers Grosvenor and Native Land. The scheme's four hexagonal towers were designed by Rogers Stirk Harbour and Partners.

The penthouse at the top of pavilion B went on sale 18 months ago with an asking price of £22.5 million.

The price tag soon dropped below £20 million and was until recently at the £17.75 million mark.

This week the same penthouse has been advertised for sale at £15 million, a one-third reduction on the original price.

Guests arriving at the Stirling Prize ceremony on Thursday will be greeted by campaigners from Architects for Social Housing (ASH) who are protesting against the inclusion of Neo Bankside on the Stirling Prize shortlist when it has no on-site affordable housing.

Research by Private Eye magazine into UK property acquired by foreign businesses shows that 44 of the 217 homes at Neo Bankside are registered to offshore companies.

36 flats are owned by firms registered in the British Virgin Islands and 4 to Singaporean companies. Others are owned by companies in the Netherlands, Panama, Malta and Hong Kong.

The retail spaces on the ground floor of Neo Bankside are now fully let. The Co-operative Food is about to open and Gail's Bakery and Carluccio's are recent arrivals in Holland Street.