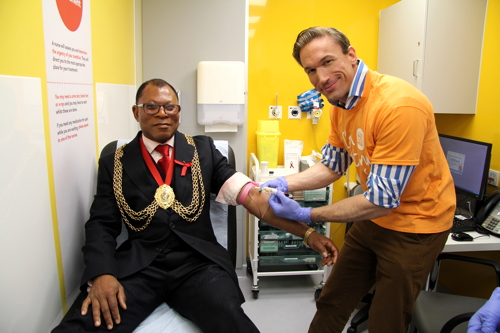 St Thomas' is only one of two hospitals in the country to offer HIV testing as standard in its emergency department. Lambeth has the highest prevalence of HIV in the country.

"The fact that diagnoses have increased is encouraging in one sense. If you get tested and receive a positive diagnosis, you can now immediately go onto treatment, and if you are on medication you are classed as 'undetectable' and the virus cannot be passed on.

"Most concerning to me is the fact that nearly one in six people with HIV do not realise they have it, so they are putting their own health at risk and HIV could unknowingly be passed on."

The Mayor of Lambeth, Cllr Donatus Anyanwu, chose the Terence Higgins Trust – which has a base in Lower Marsh, Waterloo – as his official mayoral charity when he took office in April.

Earlier this year a new home STI testing service – SH:24 – was launched in Southwark and Lambeth with the backing of the Guy's and St Thomas' Charity.