Part of the Elephant & Castle Shopping Centre was cordoned off by police on Saturday evening as officers investigated a stabbing. 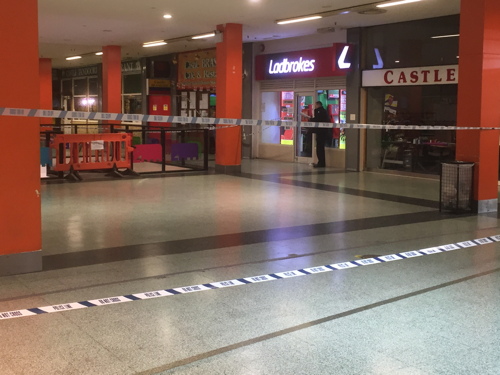 The incident centred on Ladbrokes bookmakers on the upper level of the shopping centre.

A New Scotland Yard spokesman told the SE1 website that police were called at approximately 5.20pm to reports of a man found with stab injuries at the Elephant & Castle Shopping Sentre.

"Officers and London Ambulance Service attended and a man, aged 23, was taken to a south London hospital for treatment to stab injuries," said the spokesman.

"He remains there in a critical condition."