Swimmers turning up at the Elephant & Castle's brand new pool in recent weeks have been disappointed to find part of the pool out of bounds due to a shortage of trained lifeguards. 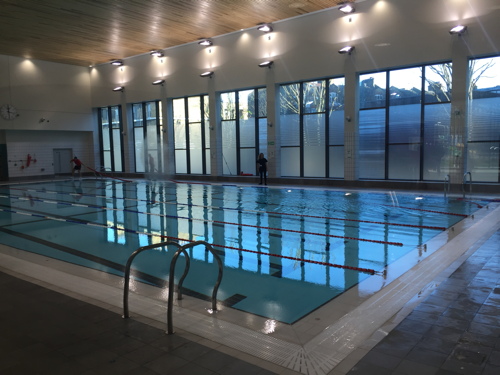 The Castle Centre opened its doors to the public at the end of April under the management of Fusion.

In late June the centre was taken over by Everyone Active at the start of their new seven-year contract to run Southwark Council's leisure facilities.

However, since the change of management, swimmers have found that one of the six lanes in the new 25-metre pool has often been closed due to a lack of lifeguard cover.

"Everyone Active have been working hard to recruit new lifeguards at The Castle as an urgent priority," said Cllr Maisie Anderson, cabinet member for public health, parks and leisure.

"We know that occasional lane closures have caused some disappointment to residents visiting the centre over the last two weeks.

"However, safety in the pool is paramount and I want to reassure residents that every effort is being made to resolve these issues and minimise any future pool restrictions."

This week Everyone Active was named 'operator of the year' at the ukactive and Matrix Flame Awards.