Southwark councillors have passed a motion resolving to oppose plans to close the Crown Post Office in Blackfriars Road and replace it with a franchised service in a nearby shop. 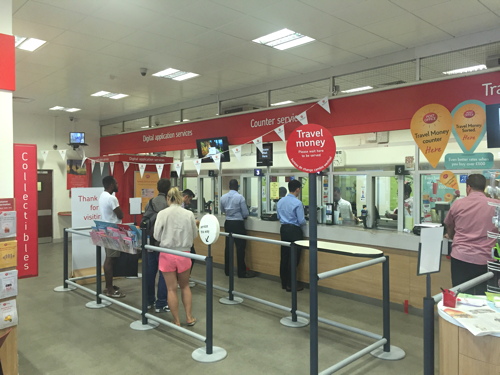 The motion – tabled by Borough, Bankside & Walworth Community Council chair Cllr Eleanor Kerslake – made clear that the council believes "that the continued closures of Post Offices are bad for our community and will downgrade vital services".

Last summer Post Office Ltd announced that it was seeking a franchisee to replace the Blackfriars Road branch, in addition to proposals to franchise the Walworth Road office in SE17.

A Post Office spokeswoman told us that the company had received expressions of interest from potential franchisees for the Blackfriars Road branch but any change to the current service would be subject to a six-week public consultation.

"The background to this is that the current branch is not sustainable into the future and, by working with a retailer, the Post Office can ensure provision of services for years to come," said the spokeswoman.

She added: "The changes we've been making are demonstrably working – reducing our losses and the subsidy from taxpayers, whilst keeping the number of Post Offices the same."

175 people have signed a petition against local post office closures on the website of Neil Coyle MP.