Local Liberal Democrats have launched a petition calling for a station to be constructed at Bricklayers Arms as part of the Bakerloo line extension - but TfL says that the planned two stations between Elephant & Castle and New Cross would be "sufficient". 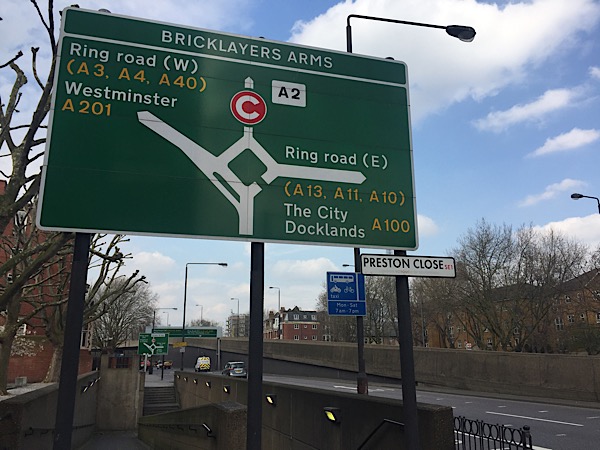 Calls for a Bakerloo line station at Bricklayers Arms have been endorsed unanimously by Southwark councillors and by transport watchdog London TravelWatch.

Now City Hall has published a response from Mayor of London Sadiq Khan about the choice of station locations on the Bakerloo extension.

Liberal Democrat London Assembly member Caroline Pidgeon asked the Mayor: "Why do TfL's plans for the Bakerloo line extension not include three stations on the Old Kent Road to improve transport links and match the stations per km of the rest of the line?"

Sadiq Khan replied: "TfL took into account the emerging proposals in the London Borough of Southwark's Old Kent Road Area Action Plan before launching its consultation on the proposal for two stations along the Old Kent Road.

"The distance between stations varies significantly on different parts of the Underground network. TfL has focused considerations on the planned changes in the Old Kent Road Opportunity Area to determine the number and location of stations that would support future growth.

"TfL considers that two stations would be sufficient alongside improvements to local bus services, walking and cycle networks to support the travel demand impacts of the planned new development.

"The consultation TfL is running provides the opportunity for the public and stakeholders to give their views and I know that TfL would welcome as much feedback as possible to help shape the scheme to best serve local communities."

Grange ward councillor Damian O'Brien, Liberal Democrat transport spokesman, said: "We welcome plans to extend the Bakerloo line bringing with it improved public transport links and huge economic benefits to the local area; however it is vital that local residents' views and concerns are listened to and heard when TfL clarifies its plans to extend the Bakerloo line."

"Liberal Democrats want to ensure that all residents reap the benefits of the new Bakerloo line extension and we will continue to fight residents' corner in demanding an additional station be built at the Bricklayers Arms Roundabout."

• There is a consultation exhibition on Wednesday 29 March.