Dozens of yellow and grey bicycles are now available for hire on the streets of SE1 via a new smartphone app called oBike. 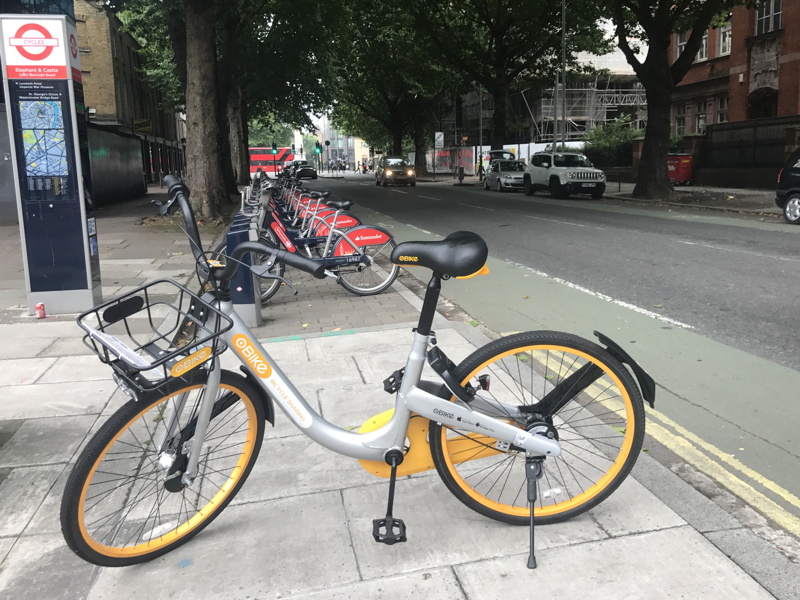 An oBike in Borough Road, next to a Santander Cycles docking station

Singapore company oBike has introduced hundreds of bikes to London which can be unlocked and hired with a Bluetooth-enabled smartphone.

Unlike the Santander Cycles scheme (aka 'Boris bikes') which have to be returned to an official docking station, oBikes can be parked almost anywhere.

During July there is no charge to hire a bike, and the usual Ł49 refundable deposit has been cut to just Ł29.

The nature of the scheme means that the bikes can end up anywhere, but to kick things off the company has placed concentrations of bikes around London South Bank University in Borough Road and along the cycle superhighway on Blackfriars Road.

The single-speed bicycles are notably less well made and maintained than the TfL-backed Santander Cycles fleet.

Details of the oBike scheme can be found at www.o.bike

Last week the Grange ward local policing team reported they had found a stolen oBike whilst carrying out a weapons sweep on the Harold Estate.

TfL boss Mike Brown told a board meeting on Wednesday that Val Shawcross, London's deputy mayor for transport, is monitoring the impact of schemes like oBike.

oBike isn't the only alternative to Santander Cycles operating in SE1: a small fleet of blue and orange bikes is available for hire outside the London Bicycle Repair Company in Hatfields as part of the Copenhagen-based Donkey Republic scheme; details at www.donkey.bike