Local groups including the Tower Bridge Road Alliance are urging people to join a rally at Bricklayers Arms on Saturday to urge Transport for London to consider a tube station at the junction as part of the Bakerloo line extension. 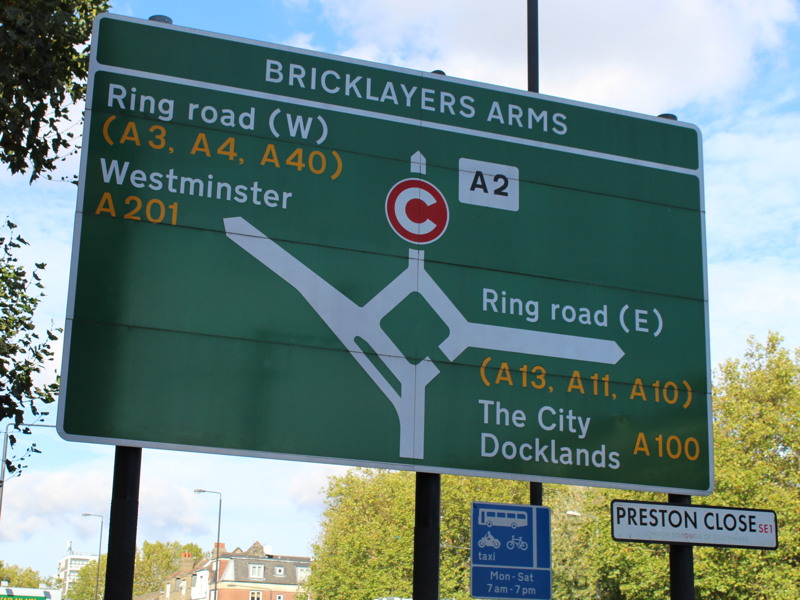 The rally – which is backed by the Tower Bridge Road Alliance, the Bermondsey Street Area Partnership and the Bricklayers Arms Tenants' & Residents' Association – will take place on the traffic island between 11.45am and 12.15pm on Saturday 4 November.

Earlier this year the Tower Bridge Road Alliance worked with local politicians to deliver a petition to TfL's offices calling for a tube station at the busy junction.

Campaigners warn that the Bricklayers Arms could end up with a ventilation shaft for the new tube line but no station between Elephant & Castle and Tesco in Old Kent Road.

Responding to a question from Caroline Pidgeon AM this summer, Mayor of London Sadiq Khan said: "The current preferred sites for four new stations – two on Old Kent Road, one at New Cross Gate and one at Lewisham – will help create jobs and homes in the Old Kent Road Opportunity Area.

"These locations will provide a step-change in transport accessibility to this area. In contrast, the site at Bricklayers Arms junction already has high levels of public transport accessibility given two nearby Tube stations (Borough and Elephant and Castle) and many bus services. There was also less land for construction at the site, relative to other station locations.

"The public consultation has provided feedback setting out further reasons why Transport for London (TfL) should consider a station here. These include the demand that may exist for a station, alternative approaches to construction and the levels of crowding on the existing transport network.

"TfL will consider this further feedback as it reviews and develops the proposals for the extension and will respond with further information when the Response to Consultation is published later this year."

A report to TfL's programmes and investment committee earlier this month said: "The Bakerloo line extension from Elephant & Castle to Lewisham will increase the capacity and resilience of the transport network, reduce journey times and support at least 20,000 new homes in the Old Kent Road Opportunity Area.

"Public consultation on the extension closed in April and we published the results in July. We are reviewing the 4,899 responses and the feedback will inform the development of our plans for the extension. We will publish our response in December."

Do you back the calls for a Bricklayers Arms tube station?