Describing it as a "sensational feat of engineering," the Twentieth Century Society has included the BFI IMAX at Waterloo on its list of the top 10 modern buildings at risk of demolition. 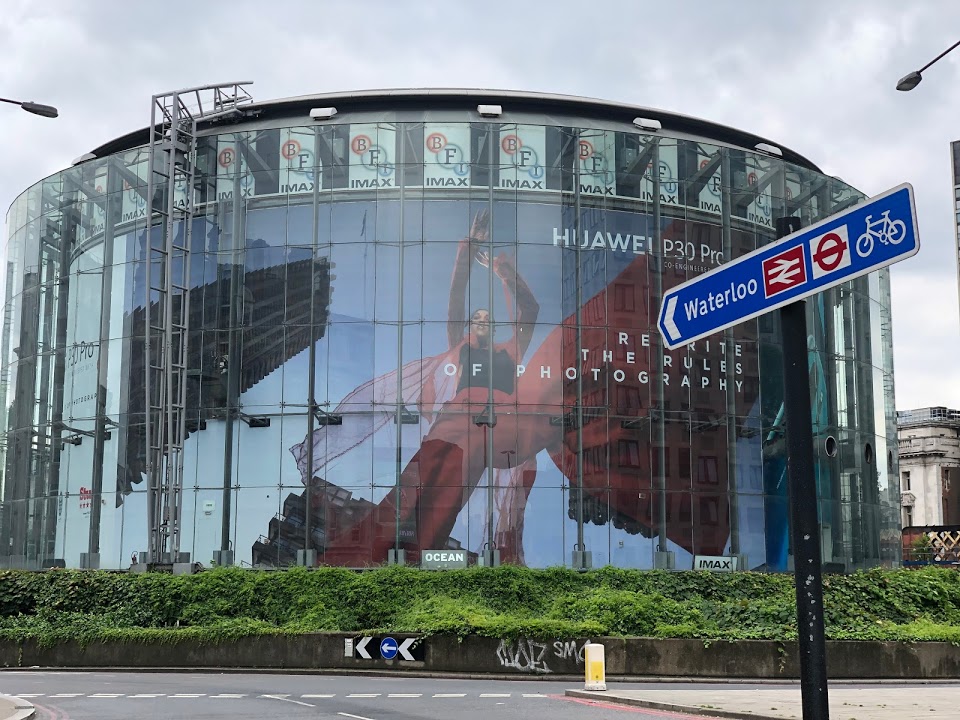 The SE1 website revealed last year that Lambeth Council was formulating planning policy to pave the way for a skyscraper on the site of the BFI IMAX.

Last month Lambeth and TfL joined forces to spend £500,000 on a feasibility study for a high-rise building on the prominent site at the end of Waterloo Bridge.

Now the cinema has been included on the Twentieth Century Society's list of the top 10 'modern classics' under threat from redevelopment.

The Twentieth Century Society's blurb says: "Boasting the widest cinema screen in the country when it opened in 1999, this is an important building in the development of cinema.

"Designed by Bryan Avery of Avery Associates, the IMAX has won several awards including the Millennium Design Award from the Design Council.

"With an underground line running just 4.5 metres below the surface of what had previously been the empty centre of a traffic roundabout, it was a sensational feat of engineering, with pile foundations threaded down between the tunnels and a deep concrete slab constructed over them to support the building's weight.

"The auditorium sits on springs to counter vibrations caused by the proximity of the tube and the external facades feature a secondary glazed curtain wall and thick insulation to create a sound barrier.

"The frame for the curved curtain glazing features a bespoke bracket system, and was top-hung to allow public access around the perimeter walkway.

"The building, made possible with a £20 million grant from the Arts Council, featured a number of public artworks including Howard Hodgkin's mural wrapped around the perimeter of the building that remained in place until 2006, since when it has been replaced with advertising."

Director Catherine Croft said: "Once England was seen to be leading the way in the conservation of historic buildings, now the system is impotent and disastrously under resourced.

"Whilst listing used to protect our best historic buildings for posterity, today gaining consent to demolish them is becoming just a minor inconvenience for determined developers.

"We must not allow quick profit, or spurious 'public benefit' arguments to outweigh the loss of buildings which future generations should be allowed to cherish and enjoy.

"Once demolished these buildings, and the stories they tell, are lost forever."