52 homes above Waterloo Tube Station intended as 'extra care' accommodation for the elderly will instead be made available to staff working for Guy's and St Thomas' NHS Foundation Trust. 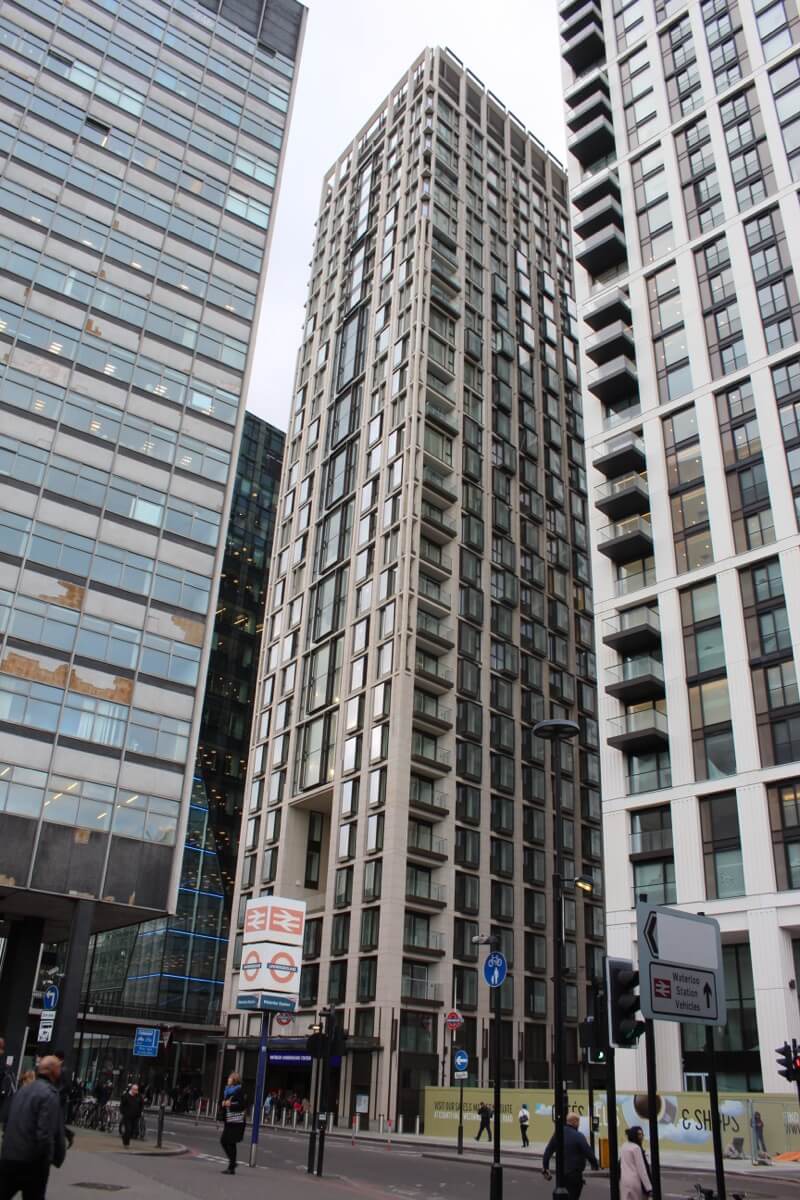 NHS staff will be able to live in this tower on York Road, above the entrance to Waterloo Tube. Homes in adjacent blocks start at £2.2 million

The homes are in the tower above the York Road entrance to Waterloo Underground Station constructed as part of the redevelopment of the Shell Centre.

The scheme, by Canary Wharf Group and Qatari Diar, is known as Southbank Place and includes around 900 homes as well as offices and shops.

Whilst homes in the main Southbank Place development are on the market from £2.2 million upwards, the social rented housing funded by the scheme was built some distance away on the Ethelred Estate in SE11.

Now the 'extra care' accommodation is going to be replaced by key worker housing, with nomination rights granted to Guy's and St Thomas' NHS Foundation Trust.

According to the draft deed of variation published on Lambeth's planning register, "the council considers that the need for extra care units has changed" since the scheme was approved in 2013.

The proposed change will take effect for at least 10 years, with Lambeth Council retaining the option to trigger the conversion of the homes to 'extra care' use if it believes that demand exists.

In recent years Guy's and St Thomas' has also had conversations with the City of London Corporation about developing new homes for NHS workers but has not yet gone public on any firm plans.

Hospital bosses have repeatedly said in public that they don't find housing is a problem when recruiting entry-level workers but rather that the crunch comes when staff want to settle down and start families, with many forced to move out of London to find something then can afford.