Plans to demolish the footbridge across Tooley Street between London Bridge Station and the Cottons Centre have been submitted to Southwark Council. 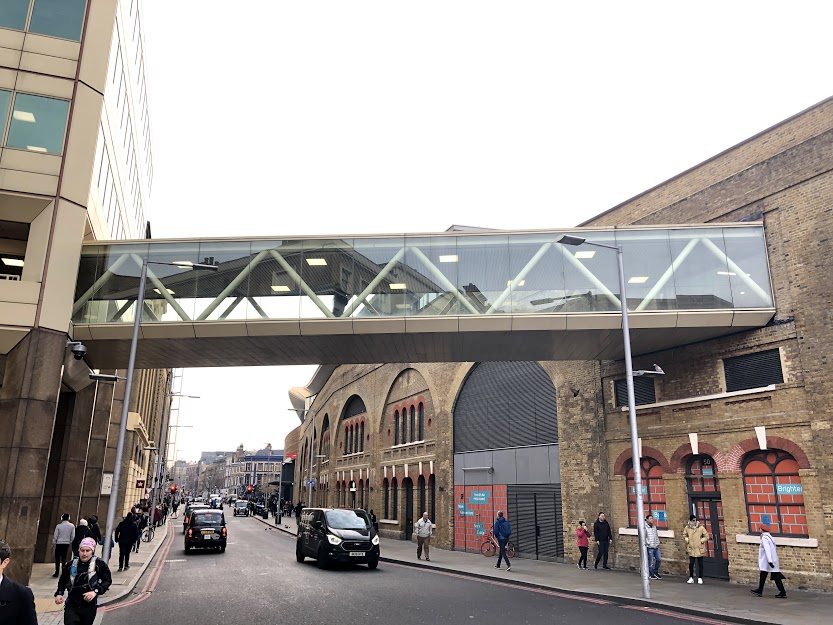 The Kuwaiti owners of the London Bridge City estate say that the footbridge is now surplus to requirements following improvements to station access at ground level.

The footbridge was built in 1986 to enable commuters to quickly reach the new offices on the Hay's Wharf site from the platforms of London Bridge Station.

St Martins Property Investments claim that usage of the bridge has fallen since the rebuilding of London Bridge Station, with an average of three people per minute passing across at peak times.

In their submission to the council, St Martins Property Investments point out that the London Bridge Walk footbridge adjoining Colechurch House still allows pedestrians to cross Tooley Street and Duke Street Hill at a high level.

However, plans for the redevelopment of Colechurch House have recently been announced and it remains to be seen whether the bridge will feature in the new scheme.